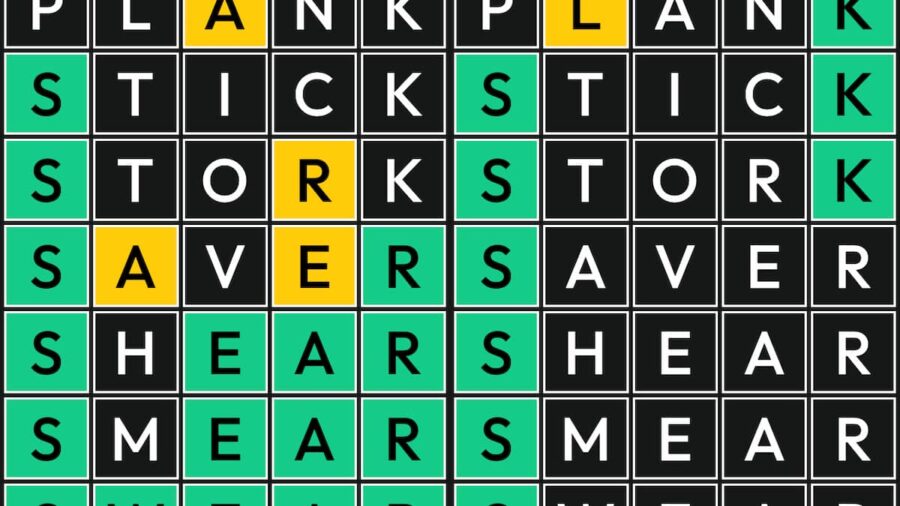 Octordle is a word game based on the ever-popular Wordle. Octordle differs from Wordle in a few ways, but most notably in the number of words at play. With Wordle, players are attempting to guess a single five-letter word, but with Octordle, players will be guessing eight five-letter words at once. Guessing one five-letter word may be a bit overwhelming for some players in itself, so adding another seven is less than ideal.

This game works just like Wordle. It is played in-browser and holds the same rules as Wordle. Letters will turn yellow if they are in a word, but in a different spot. They turn green if they are in the word and in the correct spot.

It can be extremely difficult to juggle eight different guesses at once and keep track of which letters have been used in a previous guess. A great way to calm things down is to pay attention to the color coordination on Octordle's keyboard. The letters are each broken into four quadrants, each representing one of the top four puzzles in that day's game.

When a letter is guessed, its result will be shown in one of the quadrants on the keyboard. If the first game contained the letter, then the letter will display the top left quadrant as green. This only works for the top four games, and the bottom four remain the most challenging.

With the feature mentioned above in mind, it may be easier to focus on the bottom four puzzles first, since the letter's quadrants will not aid them on the keyboard. Aside from this, the same tips and tricks that are employed in Wordle would work for this game. Using as many vowels as possible first is a great way to narrow down a word.

Interested in word games and want to read more? Check out What is Survivle? A Reverse Wordle Game on Pro Game Guides!

What is Octordle? Tips for the 8-Word Worlde game