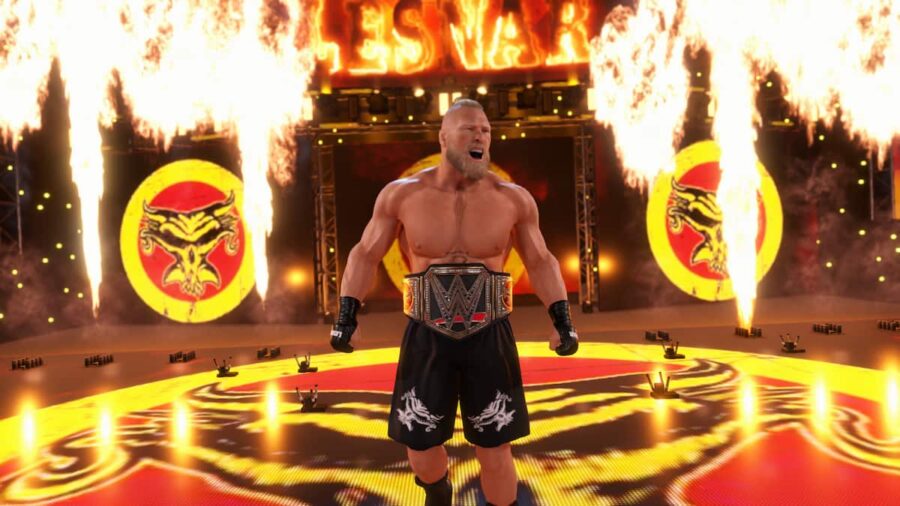 WWE 2K22 features a long list of devastating finishers used by superstars throughout the history of the WWE. In WWE 2K22, some finishers are extremely powerful, hard to reverse, and some require special conditions. The best finishers can be performed in many situations and will do a ton of damage to the opponent. Here are the best finishers in WWE 2K22, and how to perform them.

How to Perform a Finisher

To perform a finisher, you must fill the yellow Finisher meter at the bottom of your wrestler's HUD. Once the meter is filled, Press RT + A (Xbox), or R2 + X (PlayStation) to perform a Finisher.

The Spear is a very fast and powerful finisher used by multiple superstars over the years, most notably by Edge and Roman Reigns. The Spear can be performed near a grounded opponent, on an Irish whip rebound, running, or even catching a diving attack. The Spear is one of the most versatile finishers in the game. To perform the Spear, stand near the corner when an opponent is down and press the finisher buttons. To perform a catching Spear, press the finisher buttons as the opponent is jumping off the turnbuckle.

Brock Lesnar's F-5 is one of the most powerful finishers in the WWE and if it lands, most wrestlers do not kick out. In WWE 2K22, Lesnar's F-5 is extremely versatile since it has a double finisher and a catching finisher as well. The F-5 does a ton of damage, especially when used by the powerhouse Lesnar himself.

Possibly the most well-known move in the WWE now, the RKO performed by Randy Orton has been performed from the most difficult spots as a surprise match-ender throughout the years. In WWE 2K22, the RKO is extremely fast, can be used as a catching finisher, and even has a corner turnbuckle variation from the top rope. When facing Seth Rollins, if you reverse his Stomp finisher, it will trigger an RKO like the iconic moment at WrestleMania 31.

For even more WWE 2K22 guides, check out How to escape Pin Falls easily in WWE 2K22 on Pro Game Guides.