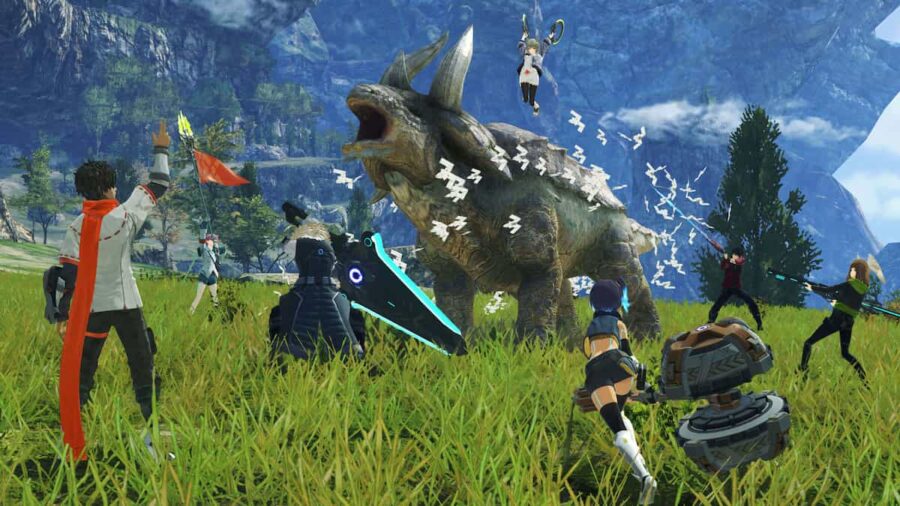 Being the third installment in the franchise, Xenoblade Chronicles 3 has a lot to live up to both in terms of content and in length. The first two games occupied a total of around 200 hours over the course of nearly 30 chapters. So, where might the third game stack up? Here is how many chapters there are in Xenoblade Chronicles 3.

All chapters in Xenoblade Chronicles 3

Related: What are shiny enemies in Xenoblade Chronicles 3

The game in its entirety should take you between 60 and 80 hours if you are just rushing through the main content. The average player will complete the game right around the 100-hour mark, and the completionist should expect to invest over 150 hours into the game.

Interestingly enough though, a large part of the main game's run time is the cutscenes. A single scene can often last upwards of ten minutes. In total, they make up nearly a sixth of the game's run time at thirteen and a half hours. The rest of your in-game time consists of running between quest markers and fighting a whole lot of monsters.

Xenoblade Chronicles 3 may not have as many chapters as the first two entries in the series. However, it seems to stretch out the chapters it does have to meet a similar run time, stealing away just as much of the player's free time as the previous games managed to in the process.

How many chapters are there in Xenoblade Chronicles 3? Full Chapter List