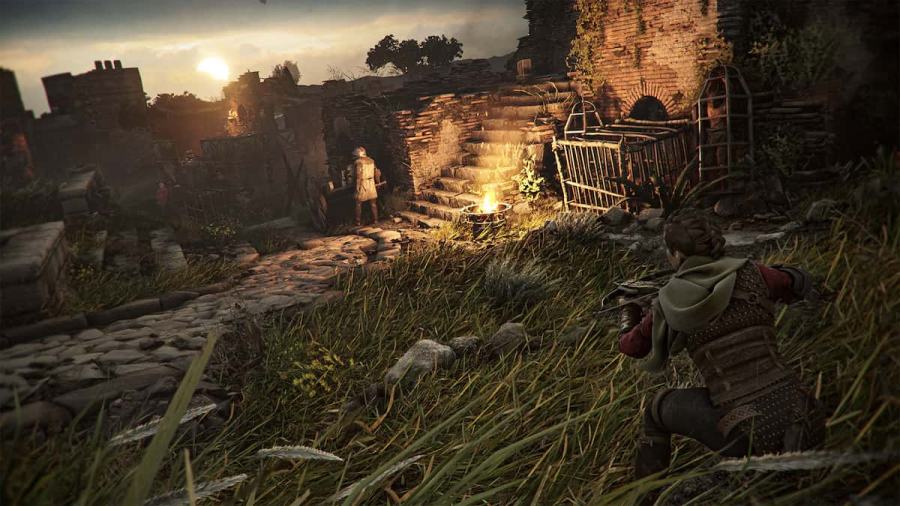 Games like A Plague Tale: Requiem often offer non-violent, sneaky solutions. Many players try a pacifist approach, but that's not always possible. While there are many games you can get by without a kill, is A Plague Tale one of them? Can you get through it without killing anyone?

Is it possible to do a pacifist playthrough of A Plague Tale Requiem?

In A Plague Tale: Requiem, it is not possible to play the game to completion without killing anyone. A pacifist run is impossible due to story beats occurring. However, you can limit the amount of killing by utilizing Amicia's stealth skills[add link here]—as she can revert to being sneaky even after enemies discover her. That makes preventing murdering enemies easier, as you can often sneak around and run away instead of going for the kill. While you can avoid most of the combat and increase your stealth skills, you still have to kill some enemies to progress in the story.

If you still yearn for a peaceful solution, you can try to get through A Plague Tale: Requiem by eliminating only story-driven enemies. This is a more complex and perhaps more realistic approach where a young girl and a small boy must avoid armored soldiers. A non-lethal solution is a hard way to go, but when you pair that with A Plague Tale Requiem's beautiful graphics, it becomes an arguably more immersive experience.

But in the end, some blood will be shed. But don't despair, it's for the greater good. You can always revert to stealth tactics after those obligatory kills. Also, does the use of rats count as a personal kill? It's not you that killed them, right? Don't let a few enemies distract you from storytelling A Plague Tale: Requiem has to offer.

For more information on A Plague Tale: Requiem, check out What languages does A Plague Tale Requiem support on Pro Game Guides.

Can you get through A Plague Tale Requiem without killing anyone?