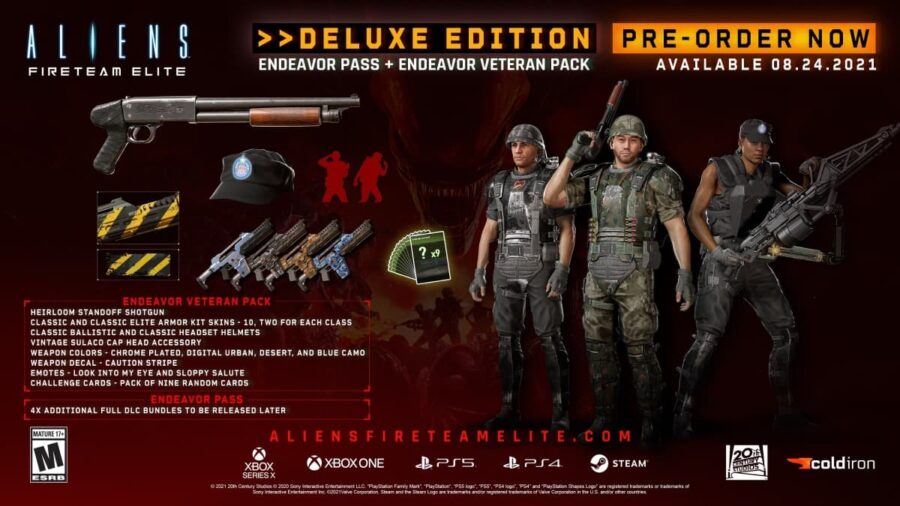 If you are wondering when Aliens: Fireteam is going to release, the date is set for August 24th of this year. The co-op survival game will also launch on PC, PlayStation 4, PlayStation 5, Xbox One, Xbox One Series X/S.

You can also pre-order the game now at respective platform stores and get a hardened marine pack that will include weapon skins, emotes, accessories. There is also a deluxe edition available, and if you purchase it, you will gain the following items when the game releases in August.

That being said, what is Aliens: Fireteam, and why should you be excited for it's release? Well for starters, the game is a third-person four-player coop shooter set in the Aliens universe with gameplay similar to that of Left For Dead.

The game will also feature well over 20 enemy types, with half being Xenomorphs and will include classics such as the face hugger and the regular big angry ones (you know the ones). For the rest, we assume they will feature a queen, variations of normal xenomorphs, maybe a dog variant, etc.