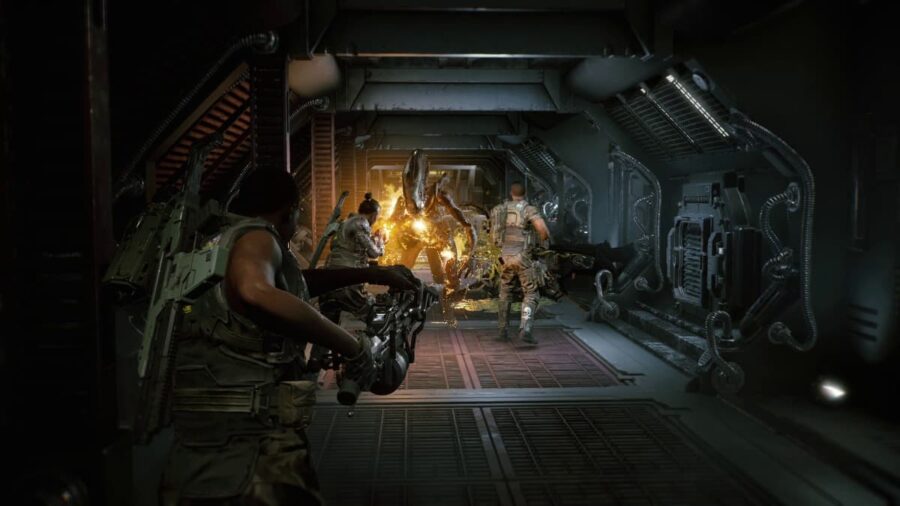 But none of these modes will include local co-op. The game will not feature local co-op or split-screen in any form. Because of this, you and your friends will need to be playing separate machines if you want to play co-op in the game.

As explained in our crossplay guide, crossplay is a mystery, so it's unknown whenever crossplay will play a role in the game's co-op.

Related: Is Aliens: Fireteam Elite on the Xbox Gamepass at launch?

That said, you and your friends will need to battle well over 20 enemy types to encompass Aliens and Weyland-Yutani Synthetic foes.

Co-op games can also support up to three players as they fight through campaigns "that introduce new storylines to the Alien universe," according to the game's Steam page.

You and your friends will also be able to customize your marines with an arsenal of weapons numbering around 30+ and well over 70 mods and attachments. The playable classes will also feature perks and tons of special abilities players can utilize.

For more on Aliens Fireteam Elite, check out our other Guides.