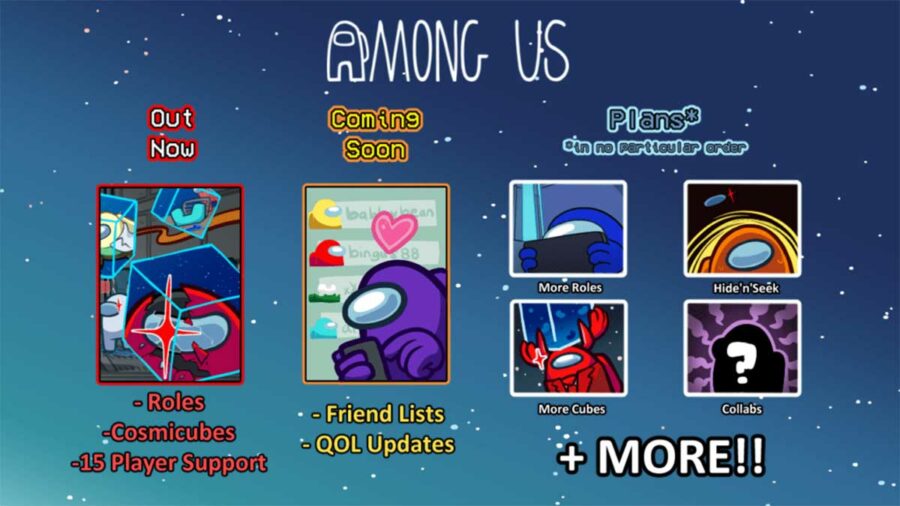 Since the new year, Among Us fans have been waiting for the developers to reveal future plans for their favorite game. Luckily, InnerSloth recently revealed the 2022 roadmap for the game and what lies ahead. Here's what players can expect from Among Us this year.

To start things off, the developers mentioned that the first few things players will get to see are a Friend's List and other Quality of Life (QOL) updates. A friend list is one of the most basic features of any multiplayer game, which Among Us was deprived of, but not anymore.

As for the QOL updates, some of the addressed changes include improvements to account creation, Cosmicube redemption, chat choice, and UI/UX.

More plans, including the following, are to be discussed later down the road:

Furthermore, the Ghostface cosmetic has been teased and is arriving soon for free. You can also pre-order the Among Us Nendoroids now on Good Smile Company.

Stay tuned to Pro Game Guides for more on Among Us. In the meantime, head over to article on – Sony reveals that Among Us was the most downloaded game on the PlayStation.

All changes coming to Among Us in 2022 – Full Roadmap