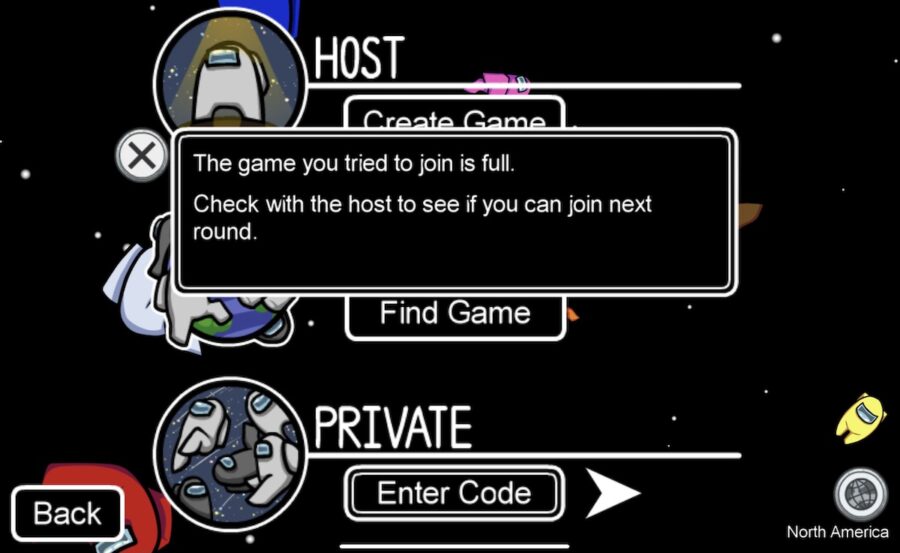 Like Animal Crossing and Fall Guys before it, Among Us exploded to popularity in 2020. And so went the Among Us server capacities. The one downside to Among Us’s popularity--long after it first launched in 2018--is that developer InnerSloth found themselves in a mad dash to reach higher and higher server capacity. They can’t really be blamed, however, as it’s such an incredible feat for a small studio to create such a popular game in the first place. 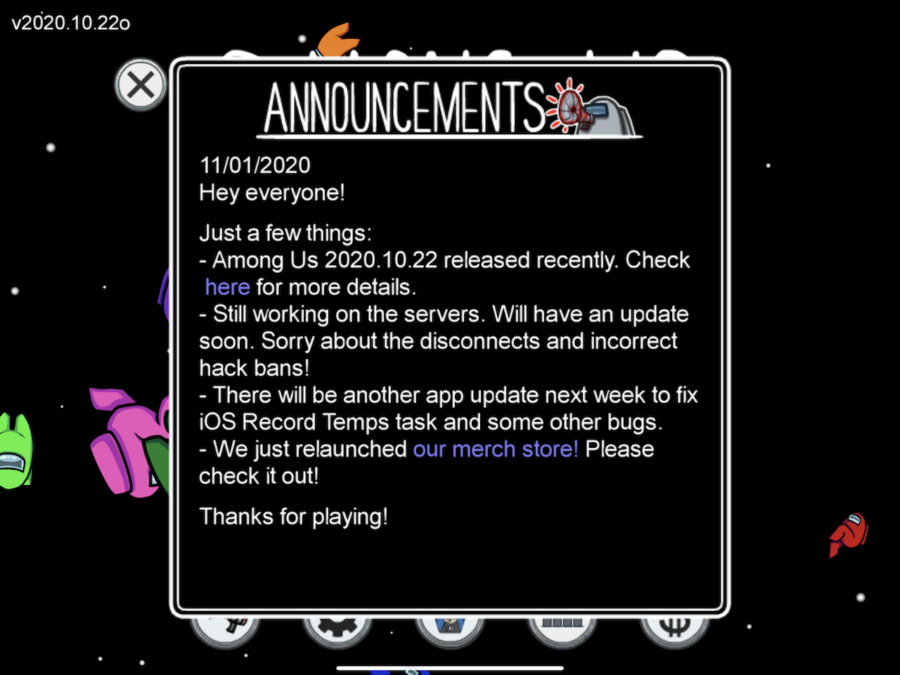 The good news: InnerSloth is well aware of the server capacity issues and plan to update the game soon, as seen in the picture above. This wait should allow players plenty of time to catch up on popular terminology used in Among Us.

So far, these two steps have worked best in my experience while attempting to find a fix for this frustrating error:

After clicking “Find Game” for Public Matchmaking, ignore the first handful of lobbies. But if the lobby I’m choosing has 9 people, there’s still one spot left, right?

Just because your search results found a lobby with 9/10 people in it, other players have also found that same lobby in their search results. So, you and a large handful of other people are attempting to compete for one spot at the same time. Your odds aren’t great.

Instead, save yourself some time by scrolling to the bottom of the page. Ideally, try to join lobbies that only contain 1/10 spots. Competing for 9 open spots greatly increases your chance of joining, as opposed to competing for only 1 open spot. I have also had success in joining lobbies as large as 5/10.

Whatever you do: avoid the first few popular results and scroll, scroll down. In no time, you'll be seeing less "The game you tried to join is full" messages and more impostor carnage.

As long as the Among Us servers remain at their current capacity, it is going to be difficult to beat “The game you tried to join is full” error. With that said, keep trying. Every time you are met with this frustrating message, click “Find Game.” Rinse and repeat.

Your success might vary based on peak times in your server.

Your success should end with the two steps above. But if all appears lost, you can also try out these last resort tips:

In my experience, “The game you tried to join is full” error is far less of a home issue, and much more of a server capacity issue. We all just have to be patient until InnerSloth can meet the server demand. Why not check out our name ideas in the meantime?

How to do Every Task on Skeld in Among Us

How to Do Every Task on Mira HQ in Among Us

How to do Every Task on Polus in Among Us