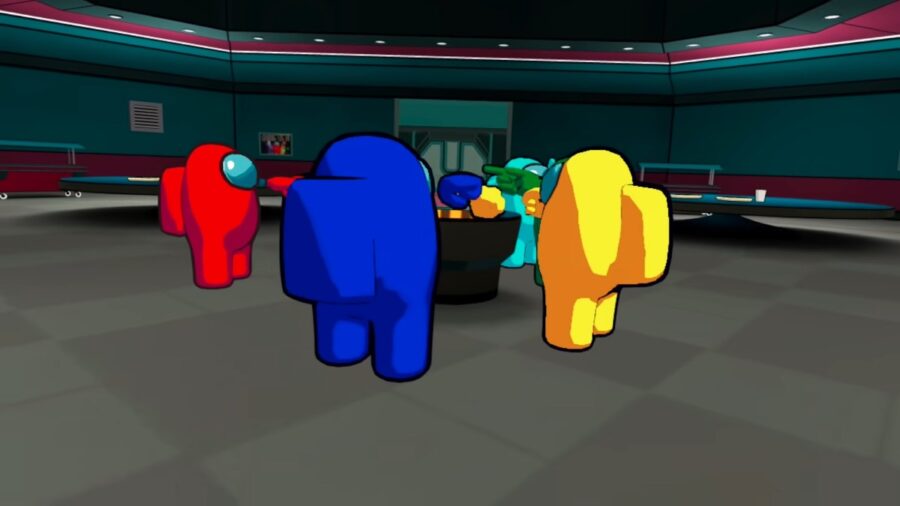 Among Us took the internet by storm when it debuted. Based on the simple concept of killer vs detective, this game lured a vast crowd and has a dedicated following. Not every player is proficient at the game, however, especially when it comes to being an Imposter. The art of being a successful Imposter in Among Us requires proper strategizing and risk managing.

Although it might seem straightforward at first, there’s a lot to do if you want to succeed as an Imposter. Players can use certain tricks and tactics to ensure a successful win rate as an Imposter. Here is a detailed guide to help players significantly improve their gameplay when playing this deceptive class.

Related: How to play Among Us in VR

Make The Most Of Vents

Every Imposter can use Vents, but Crewmates can’t. It’s essential to use these Vents effectively, as they allow users to travel anywhere on the map. Vents are significant for quickly assassinating a Crewmate and venting out to a completely different location. It’s improbable that someone will suspect you since the dead body lies in an entirely different area.

That said, remember to randomize your site each time so it doesn’t become evident that you are the Imposter. Keep in mind that any other player in your proximity will be able to see you venting in or out. An intelligent killer will wait for everyone to disperse, then use a Vent to carry on their plan. Hiding inside a vent and waiting for perfect prey is another excellent tactic for securing some easy kills. Note that while in Vent, the kill cooldown will pause, and it won’t resume until the player comes out.

One of the most common mistakes that Imposters make is not keeping track of the existing tasks. Even though, as an Imposter, you don’t have to perform any job, it’s still crucial to keep an eye on the fake tasks available and act accordingly. Memorize all the tasks so that if anybody suspects you of being an Imposter, you have a proper alibi. One should also remember the location of different tasks on the map. However, always avoid tasks such as Shields, which can be cross verified visually by other players.

Coordinate with the other Imposter

If you're playing in a large enough game, there will be two Imposters, giving you an ally to cooperate with. If you're able to, stick with your companion when possible, rolling together in a pack and taking out multiples Crewmates at a time. You can also use your ally to take out any would-be snitches before they can find a body if things get hairy. Remember that the Imposters are only as powerful as their weakest link.

Another rookie mistake that many players make is killing or venting away in front of a camera. If someone is actively looking through the security camera, it will display a red flashing light, which is the cue for you to play passively for a while until the other player stops accessing. Players can find cameras in The Skeld and Polus, and they can be accessed centrally (Security Room) by any player. Keep an eye on the cameras and avoid making any suspicious moves in front of it.

Here are the camera locations on all of the available maps:

Sabotaging is a reliable way of disrupting or distracting everyone on the map. It buys enough time to set up for a kill, but it also puts a lot of pressure on Crewmates to change their ongoing game plan. Shutting doors, depleting Oxygen, and switching off lights are a few ways an Imposter can Sabotage the map. If the Crewmates cannot fix the depleting Oxygen issue in a given period, they’ll lose the game. However, never stand idle during the Sabotage period, as it might put you under the suspect spotlight. Always try to fix the Sabotage issues if you are near the task, as it will help you gain other players’ trust.

Related: Best Among Us Minecraft Skins

Among Us is like a game of Poker where the better bluffer always has the upper hand. Panicking is never helpful and will get you caught in most situations. Be bold and try to play the bluff card as confidently as possible. Report dead bodies if you have to, and don't shy away from voting your Imposter teammate out if conditions are dire. Being decisive during sticky situations will help you progress smoothly in the game.

Playing with random players is completely different from playing with friends. If you are playing with friends, players' chances of being familiar with your tactics and approach are pretty high. The best possible way to triumph in these situations is to change your methods consistently. Don’t stick to one proven strategy, and keep a bunch of different tactics in your arsenal. Varied tactics will confuse other players, but they will also impact their decisions, making your Imposter experience smoother.

Cast Doubt on Other Players

While remaining inconspicuous is an essential part of succeeding in Among Us, so too is finding a clever way to turn other players against each other. A great way to get others on your side is to self-report or let others know you've found a body right after killing someone. Self-reports will likely get others to believe you're out to help them if done with enough finesse. After you win them over, suggest that you see another player who needs the area of interest. Make sure not to make outright accusations, but plant seeds of doubt repeatedly until others conclude that their allies are enemies.

The main aim should be to minimize the RNG elements in the game as much as possible. Playing an Imposter shouldn't be considered an easy path, and it requires experience and proper skills. However, with enough practice and decent game knowledge, any player should be able to handle the role of an Imposter.

For more on Among Us, visit our other articles on Pro Game Guides, like Everything we know about Among Us – Ejected Edition.

Among Us Imposter Tips – How to Win as the Imposter!