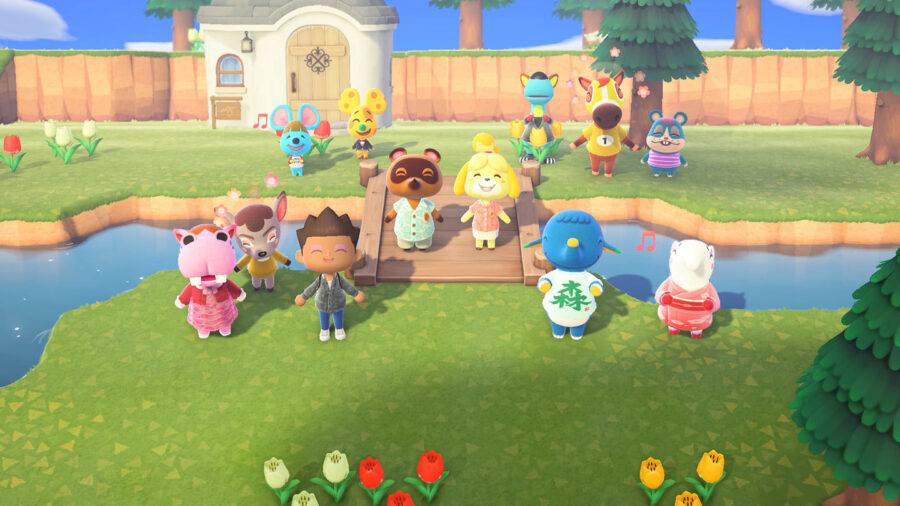 Among Us is one of this year's most popular games. It's so original that other games will want to use some of the mechanics and features in their own games. When Fall Guys was at its peak, we saw that gamers were creating their own Fall Guys minigames in Minecraft and Fortnite, and they looked awesome. But what about Among Us in Animal Crossing: New Horizons? We bet that's a combination that you would never have expected to hear, ever! Well, thanks to fan-made rules, it's entirely possible.

The rules were spotted by GameSpot in the Animal Crossing subreddit and posted by user micmartperez. The rules give a detailed overview of how to create Innersloth's game based on lies and deceit in the cute and cuddly world of Animal Crossing. For a quick recap for what Among Us is - it's a game set in space where a crew is tasked with different jobs to prepare the ship for departure. While among them is an imposter trying to sabotage, kill, and frame the people on board the ship.

**NO TOOLS, only impostor can use tools including pole and ladder**

** If emergency meeting is called you cannot be killed or kill **

** No one can show other players what type of fruit they got, it is encouraged to keep it a private so impostors can lie about having a certain fruit or pick it up by using his sabotage privileges **

Of course, in the Animal Crossing version, there's no killing to be had; however, micmartperez breaks down the jobs for each role extremely well. The rules cover all the bases of what to do if you're 'killed,' voted out, and how to win. But players have to channel the spirit of the Among Us title within Animal Crossing; without a helping hand, the rules will not work. Creativity can only go so far, and the Animal Crossing community is nothing but creative.

Among Us has shown how popular a game can be in a short amount of time, even Innersloth revealing that the Among Us 2 sequel has been canceled in favor of working on an original new game and further updates for Among Us.

How to get hardwood in Animal Crossing

How to get Pumpkin DIY Recipes in Animal Crossing

How to get pumpkins in Animal Crossing

Animal Crossing New Horizons: How to Catch a Shark