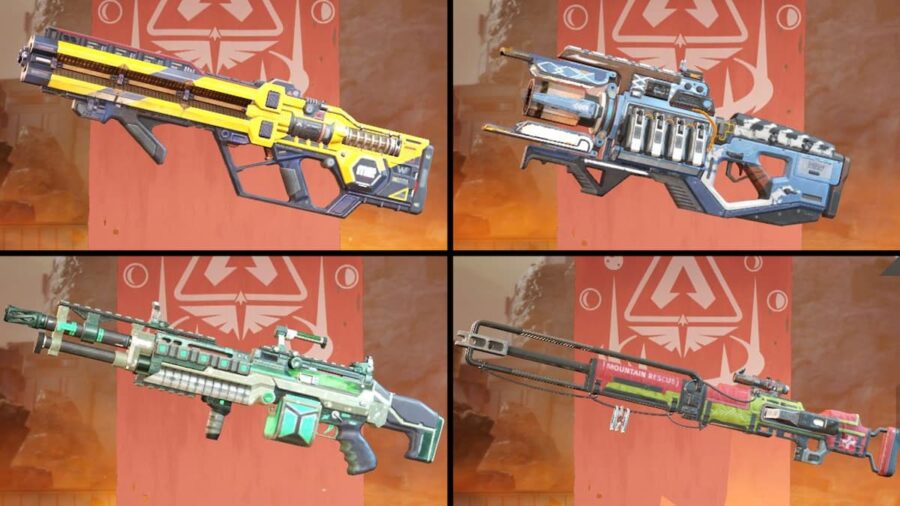 Battle Passes in Apex Legends Mobile have 50 levels, and within those levels lie six weapon skins. Each skin matches one of the six Legend skins on the Battle Pass. The Charge Rifle and Volt skins are on the free version pass, while the rest require the premium version of the pass.