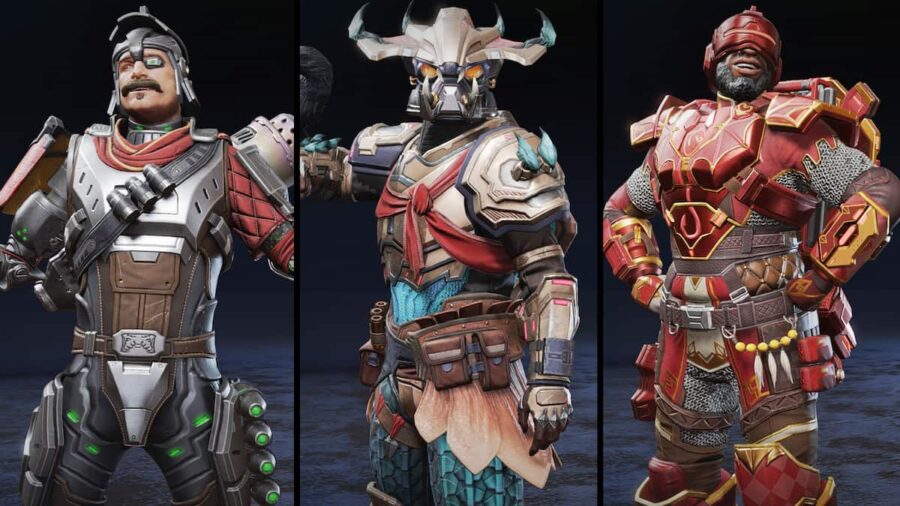 For Apex Legends Season 13: Saviors, the map update was not that exciting, there was no new weapon, and many are in a frenzy over-tier demotion in Ranked Leagues. That said, no place where most agree is that the Legend skins on this season's Battle Pass are some of the best Battle Pass cosmetics we've ever seen. Even the Epic skins this time around are really nice. Let's take a look.

Like in Season 12, for Legends in Season 13, there are two Legendary skins, three Epic skins, and one Rare skin on the Battle Pass. The eight-skin line-up seems to have been removed from the season standard. That said, these skins are stunning, especially the Legendary Bloodhound skin, which is one of the best we've seen in the game so far.

This is the third Battle Pass with Epic skins for the level 1 premium tier, securing their place as a likely standard going forward. This is also Mad Maggie and Fuse’s first Battle Pass skins, Fuse getting the Legendary skin treatment, and the new Legend, Newcastle, also gets a nice skin.

Related: The best skins for Newcastle in Apex Legends