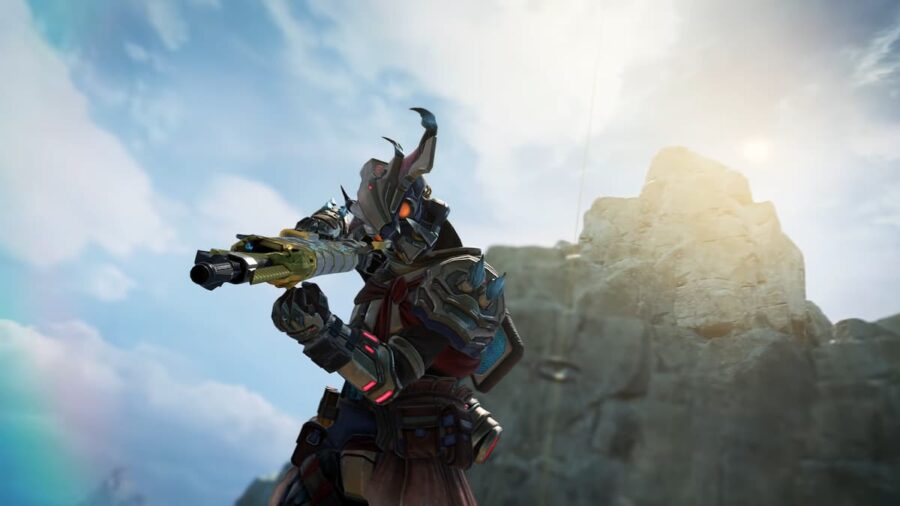 In Apex Legends, players get to experience combat with a variety of guns from every range of weapon classes. Winning gunfights depends on selecting the most versatile guns with all the proper attachments while engaging in combat over various distances. While some weapon recoil patterns are easy to master, others take time to sink in the muscle memory.

Similarly, there are various high-damage-dealing single-fire weapons that require players to train their aim regularly. Do keep in mind that even if a weapon you like is considered a low tier, that doesn't mean you shouldn't continue to use it. The best weapons are ideally the ones you are most comfortable with and have mastered!

The best weapons in the game are placed in the S+ Tier, and we recommend players always use them routinely. The Kraber .50 Cal Sniper, Mastiff Shotgun, and Volt SMG are weapons only available in the Care Package, and these three guns are always the best choice in their specific range. If you can master these, your odds of survival are high.

The R-301 is a fast-firing Assault Rifle with negligible recoil and a tight hip-fire spread. It is available as ground loot and from supply crates. This is an S+ Tier weapon and is versatile at any range. You can pair it with the 2x HCOG Bruiser, 3x HCOG Ranger, or 2x-4x Variable AOG to spray down at opponents from range. Although the R-301 uses Light Ammunition, it deals high damage even at long ranges. Make sure to find the Barrel Stabilizer, Extended Light Magazine, Optics, and Stock attachments for this weapon to use it efficiently over long distances.

The VK-47 Flatline is the second-best Assault Rifle in the game, and you will find it as ground loot. The fire rate is a little slower than the R-301, but the Flatline packs a punch with its Heavy Ammunition type. This weapon doesn't require a Barrel Stabilizer, but it is highly effective over the range with a 2x HCOG Bruiser or 3x HCOG Ranger. The Flatline's recoil can be tricky to master, which is why we recommend players practice with this weapon extensively in the firing range.

Related: How to unlock the 4K Damage badge in Apex Legends

The Kraber is an S+ Tier weapon in Apex Legends, and you will find it only in the Care Package. This weapon was nerfed for its overpowered headshot and body-shot damage. This bolt-action Sniper deals 140 body damage and 280 headshot damage to opponents without helmets. Despite the nerfs, it still remains the best Sniper Rifle in the game. Headshots with the Kraber can knock down opponents in an instant, but it has limited ammo, which means there is no room for error. Make sure to always open unlooted Care Packages for a chance of finding the Kraber in Ranked matches.

The Sentinel is the second-best Sniper in Apex Legends, and it has an amped feature, just like the Rampage LMG. Players can use Shield Cells to amplify the damage dealt by this bolt-action Sniper, and you can also use the Deadeye's Tempo Hop-Up to increase its rate of fire. This weapon requires an Extended Sniper Magazine, Sniper Optics, Sniper Stock, and the Hop-Up to reach its full potential in-game. Pair the Sentinel with the 4x-8x Variable Sniper or the 6x Sniper Optics to spot enemies easily at mid to long range.

The M600 Spitfire LMG was removed from the Care Package, but it has not lost its efficiency as one of the top-tier weapons in Apex Legends. Several pro players and content creators have even said that the Spitfire is the best LMG in the game, considering its recoil pattern and range. Pair the Spitfire with a mid-range scope and an Extended Heavy Magazine to rain fire down on the enemies from distance. Although this weapon can wipe an entire squad, players are vulnerable to SMGs and Shotguns at close-ranged engagements.

The Mastiff Shotgun is currently a Care Package weapon, and we have placed it in the S+ Tier. While the hip-fire deals decent damage, the Mastiff has a tighter shell spread if players aim down sights. The weapon comes with only four shells in each Magazine and 28 spare shells. The key to knocking down enemies with the Mastiff is to swiftly move in and out of cover while switching to ADS quickly.

The Peacekeeper is unquestionably one of the most efficient Shotguns in the game, and it is easy to find as ground loot. This weapon dominates in close-range combat and has a Choke mechanic that reduces pellet spread while aiming down sights. The Peacekeeper requires a Shotgun Bolt, Shotgun Optics, and a Kinetic Feeder Hop-Up to perform more efficiently. The Choke mechanic allows players to charge up the shot before firing it at an enemy. This will not only yield a tighter spread but also deal concentrated damage to the opponents in close-quarter combat.

The G7 Scout is the best Marksman Rifle in the game, and it is only found in Care Packages. This weapon has a semi-automatic and two-shot burst fire mechanic. The G7 Scout comes with a 2x to 4x Variable AOG optic, which makes it easier to track opponents at mid-range. This Marksman Rifle is a great choice if you find it in the Care Package, and players should pair it with an AR or LMG to be equally effective at every range.

The Triple Take ranks second only to the G7 Scout in the Marksman Rifle category in Apex Legends, but it is readily available as ground loot. This semi-automatic weapon has a triple-barrel that fires three shots at once. It uses Energy Ammunition and also has a Choke mechanic like the Peacekeeper. The Choke reduces the bullet spread, making this weapon incredibly effective in mid-range combat. Players can also attach the Kinetic Feeder Hop-Up to speed up the Choke mechanic while sliding.

The C.A.R SMG is one of the new weapons added in Apex Legends, and it functions with both Light and Heavy Ammunition types. This is an extremely fast-firing SMG that can do quite a bit of damage, but it has a difficult recoil pattern. The C.A.R. SMG has a tight hip-fire spread, allowing players to beam down opponents at close range. Similarly, it's highly effective in close-to-mid range, with an exceptionally quick TTK. This weapon requires a Barrel Stabilizer, Extended Light or Heavy Magazine, SMG Optics, and a Stock as attachments.

Despite its tough-to-control recoil, the R-99 is one of the strongest SMGs in the game. It uses Light Ammo and is found as ground loot. This weapon is great for early combat, as you can deal high damage quickly to knock down multiple opponents. The R-99 can be highly inconsistent over range, but it performs brilliantly against Shotguns at close range. While it requires a Barrel Stabilizer, Extended Light Magazine, SMG Optics, and a Stock, we recommend using this weapon for only close-to-mid range combat.

The Wingman is perhaps the most devastatingly overpowered weapon in the game, and in the right hands, it can turn the tide of any match. Players with impeccable aim prefer this pistol, as it deals 45 body damage and 97 headshot damage if the opponent doesn't have a helmet. This single-fire pistol is highly accurate over range and is best paired with the 1x HCOG "Classic" and 1x Digital Threat. You can also attach the Boosted Loader Hop-Up to get increased reload time, and bonus ammo if the pistol is reloaded while it's running low.

The RE-45 is an auto-firing pistol and a viable choice during early fights. It uses Light Ammunition, and players can also attach the Hammerpoint Hop-Up to increase damage dealt to unshielded opponents. While this pistol has an easy-to-control recoil pattern, it becomes difficult to control over range. While it is a good choice to start in Arenas matches, we recommend players switch this weapon for an SMG or Shotgun in Battle Royale.

Wondering how to gain RP and progress to higher ranks in Apex Legends? Check out Best ways to earn RP in Apex Legends Ranked Season 13 on Pro Game Guides!