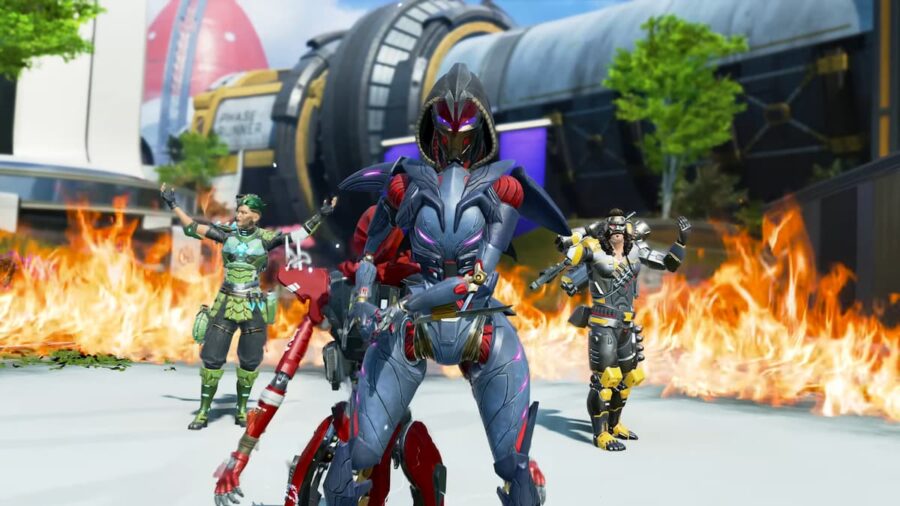 In Apex Legends, players will get to choose one of the 21 different Legends before starting each match. While every Legend is designed to have unique merits and demerits, there are a few Legends that have stood the test of time; these are the meta characters. Players are often wondering which are the best Legends to use in both regular and ranked matches. So, we have come up with a comprehensive tier list that will not only help beginners but also seasoned veterans. New updates tend to bring several Legend changes, and we will keep updating this tier list to help players stay on top of things!

Here's a tier list of all of the current Legend characters in Apex Legends. The Legends in S+ Tier are currently the most picked in ranked matches and pro play. That said, we encourage players to test out all the characters and continue with their favorite Legend, even if they are placed in a lower tier.

Although Gibraltar is a slow Legend and has a larger hitbox, he is undoubtedly an S+ Tier character in Apex Legends. There is no other character in the game that can go toe to toe with his abilities in terms of team utility. If you are looking to master this character, we recommend looting quickly and staying close to teammates at all times. Gibraltar can not only protect his teammate during fights, but also rain concentrated artillery fire from the sky to knock down opponents easily. It is ideal to carry an Ultimate Accelarant with Gibraltar, as his Ultimate ability takes a long time to regenerate.

Related: All Legend skins in the Family Business Store for Apex Legends

Newcastle was added at the start of Season 13, and he has become a meta pick ever since. We have placed him in the A Tier as the need for a field medic becomes extremely crucial during the end zones, and Newcastle plays the role perfectly with his Mobile Shield and Castle Wall. Newcastle is a fortified Legend, which means the incoming damage is reduced by 15%, and he is slowed down by bullets. His Passive ability can be used to revive teammates surreptitiously, and it is ideal to always pick up a Rare, Epic, or Legendary Knock Down Shield with this Legend.

Bangalore is the best Offensive Legend in the game, and she ranks high up in the S+ Tier. Her abilities allow players to quickly run away while being shot at, and she can smoke an entire area to provide effective cover from the enemy's line of sight. Bangalore's ultimate is considered somewhat weak, but we recommend players use it during every gunfight. It deals a good amount of damage to the opponents and forces them to reposition. This creates an opening for your team to start a tactical rush, and it's best to use a few grenades in combination with Bangalore's ultimate.

Horizon is another Offensive Legend who ranks high in the S Tier for several reasons. Firstly, she is one of the most versatile movement characters in the game, and her Tactical ability allows the entire team to gain a height advantage. Secondly, Horizon can singlehandedly wipe entire squads by simply using her Ultimate with a few grenades and arc stars. Finally, we have Horizon's Passive, which reduces fall impact and makes her the best Legend to tap-strafe with in Apex Legends.

Although she ranks way down in the C Tier, Lifeline is the best Support Legend in the game. Lifeline's pick rate has reduced even further after Newcastle's introduction. Nevertheless, her recent buff has brought the Legend back on the map, and players are feeling much more comfortable with her abilities. While the community misses Lifeline's D.O.C. Heal Drone Shield, players will need to be more careful while reviving opponents in the open. We recommend being sneaky with this Legend by using her Combat Revive behind cover to safely res a teammate.

Related: How to trap opponents in IMC Armories in Apex Legends

Valkyrie is an S+ Tier Legend and is perhaps the most versatile movement character in the game. Her Passive ability allows players to take a height advantage swiftly, which can change the course of any gunfight. Valkyrie's Tactical is her most underrated ability, and we recommend players use it as often as possible. The Missile Swarm not only damages opponents but slows them down for a few seconds. Valkyrie's Skyward Dive is the best rotational tool in the game, allowing teams to fly away from dangerous situations or ambush a new team from above.

Bloodhound is the best Recon Legend in the game, and we have placed the technological tracker in S+ Tier. Bloodhound is one of the most-picked characters in pro play, and his abilities fit perfectly in any team composition. To master Bloodhound, we recommend players stick close to their team and provide them with constant information based on visual cues. Bloodhound's Ultimate ability not only gives the character a speed boost but also decreases cooldown time for the Tactical ability.

Wondering what are the recent changes in the new Ranked system? Check out All changes to Ranked Mode in the Apex Legends Awakening Event on Pro Game Guides.

Apex Legends Tier List – Best Legends to use in August 2022