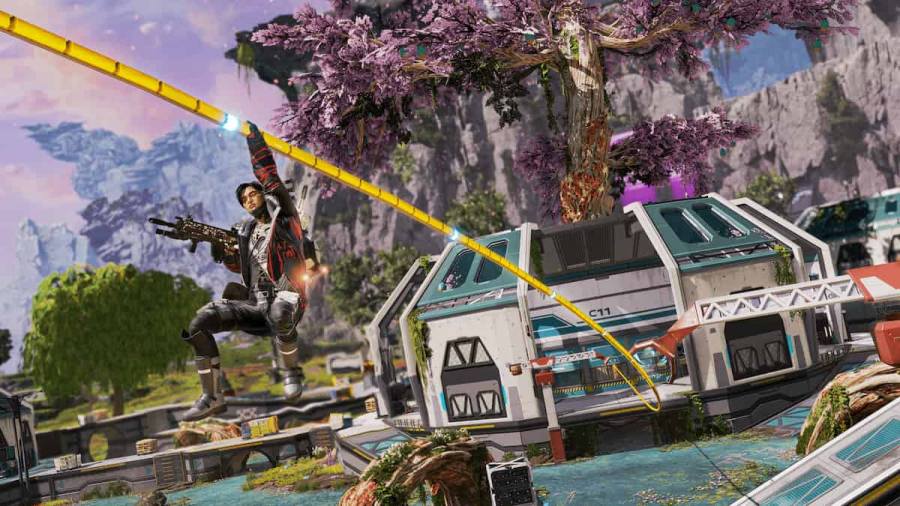 The new Broken Moon Map has arrived in Apex Legends, and players are curious to know the best spots to land for good loot and quick eliminations. There are 15 different POIs on this map, each of which is massive. Most POIs have zip rails connecting between, allowing players to rotate easily without much hassle. Here are the best spots to land on the Broken Moon Map in Apex Legends Season 15.

The Core is located on the northern side of the Broken Moon Map and is one of the biggest and best locations to land at. The map is considerably smaller than Kings Canyon and Storm Point, although the POIs on Broken Moon are much bigger than other maps. The loot is evenly divided on the map, making every drop spot a contested location. We recommend visiting the separated buildings at The Core POI while landing here. Gear yourself with ample loot before heading toward the central structure to take down opponents.

The Terraformer is another massive POI located on the southeastern side of the Broken Moon Map. It is divided into three distinct sections, each filled with loot. Naturally, this spot is heavily contested by opponents and a brilliant location to drop at if you want to get some easy kills. The Terraformer POI has a huge building that you can maneuver to gain a height advantage over opponents. Alternatively, you can use the zip rails wisely to rotate around the POI when outnumbered.

Bionomics is located on the southeastern edge of the Broken Moon Map and holds a cluster of circular structures with playable rooftops. This POI is a dream come true for Valkyrie, Horizon, and Vantage mains as the verticality allows players to challenge opponents easily. You can quickly move towards a fight or hide behind the trees and wait till the opportune moment to third-party opponents. The zip-rail at Bionomics connects it to Atmostation on the west and the Divide POI on the east. Rotate to either of them if you are outnumbered and have not found good loot.

Promenade is undoubtedly one of the most dangerous POIs to land on the Broken Moon simply because of its open design. The flanks on either side are open to enemy rushes, and fights usually occur in the large hallway. Promenade also has zip rails, making it easy for players to move around. Promenade separates the north from the south, and be ready to fight if you plan on landing here. Most of the loot can be found around the hallways, and we recommend going there directly.

Cultivation is located on the Broken Moon Map's southern side, consisting of small buildings. These low-lying structures are circular and join up with a similar bigger structure at the core of this POI. While it looks easily defendable on all sides, players can quickly move in and out of these structures using different Legend abilities. Make sure to land with your team on an isolated structure and loot up before heading towards the fight. Consider third-partying opponents tactically instead of fighting them head-on while landing at this spot.