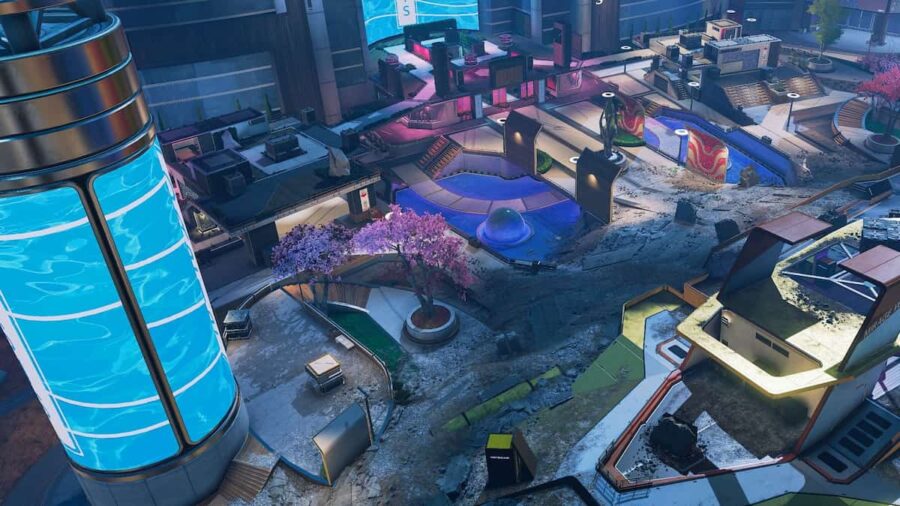 Party Crasher is one of the most popular Arenas maps in Apex Legends, and it's added to the map rotation list for Ranked Arenas in Season 13. Similar to other Arenas maps, Party Crasher has two distinct POIs which allow players to engage in close to mid-range combat. We have played on this map with every Legend, and players will need to know the best team compositions to win every round on Party Crasher.

There are several Offensive Class Legends in the game, but no one comes close to Octane in terms of raw speed. Octane's abilities allow an entire team to rotate from one area to another by using the Jump-pad. Similarly, Octane’s speed cannot be countered by any other Legend, which makes him an efficient ally who can flank opponents swiftly.

On the other hand, Horizon is another Offensive Legend that can outmaneuver other characters by gaining height advantage. Her tactical ability allows the entire team to get to a higher position, and her ultimate ability creates a vortex which pulls in opponents.

Related: All Legend skin recolors in wave 1 of the Legend Recolor Store for Apex Legends

Bloodhound is undoubtedly the best Recon Legend to play on the Party Crasher map in Apex Legends. His Tactical ability reveals the enemy's location to teammates, and Bloodhound can also track these enemies footsteps. Bloodhound's Ultimate ability allows players to move faster while tracking enemies in a frenzied state. Keep scanning the area every four seconds while using Bloodhound's to spearhead a well-coordinated rush.

Party Crasher is a map with a lot of open area, which means a Recon Legend like Crypto will have a great time finding enemies. Use Crypto's drone to reveal the enemy's position, even if they are on the opposite POI. Similarly, Crypto's Ultimate can stun an entire team if its placed properly, and this makes it a perfect tool to punch an entry with your teammates.

Lifeline and Loba are the only Support Legends in the game. We recommend players to select Lifeline to help teammates with passive heals, and quick revives. Although, veteran Loba players can also dominate on the Party Crasher map by using the Legend's abilities craftily.

Gibraltar is a strong pick if you are going in with a Defensive Legend for this map. Besides his Tactical Dome ability, Gibraltar gets an arm shield. This makes him the best choice to support teammates from close and long-range. Gibraltar Ultimate is costly in Arenas, but it is the best thing to have during intense matchups. Position your team inside the zone strategically to have the upper hand in any fight.

Rampart has the ability to create cover out of thin air, which makes her the perfect Defensive Legend in an open map like Party Crasher. The POIs opposite to each other on the map are conveniently positioned to set up Rampart's Amped cover. Your teammates can shoot through these walls with amplified damage. Rampart's Ultimate allows her to mow down opponents from range with a fast-firing turret, and it's extremely useful on this map.

While we recommend the aforementioned Legends for Ranked matches, players who have mastered different characters, or want to try out new Legends can always select them on this map. Ideally, you will need to play with every Legend to see which one suits your gameplay. Get an idea of the map layout, and find the best routes to gain an advantage over the enemies.

For more on Apex Legends, visit our other articles on Pro Game Guides, like All Legend skins on the Apex Legends Season 13: Saviors Battle Pass.