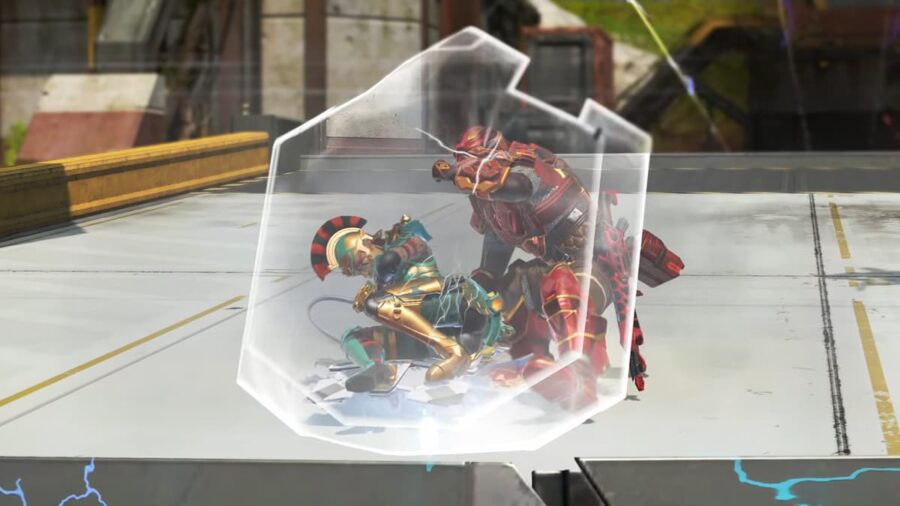 Apex Legends has gone through many changes since its release in 2019. The game released with only eight characters and one map, and now features over 20 characters, four maps, and tons of added content to the game. Each season of Apex Legends marks some changes to the game to keep it fresh. Season 14 introduces a big fan-requested change to the Guardian Angel perk, but what is it?

What does the Guardian Angel perk do in Apex Legends?

The Guardian Angel perk allows players to revive teammates with an extra 50 health and 50 shield. The perk was previously attached to the Gold Backpack, but in Season 14, has been moved to the Gold Knockdown Shield. The Gold Knockdown Shield's previous ability, the infamous self-res, is gone from the game. The Gold Backpack now allows players to carry more healing items per slot, which is a change players may enjoy in Season 14.

How to use the Guardian Angel perk in Apex Legends

To use the Guardian Angel perk, you must have the Gold Knockdown Shield equipped. The perk will automatically activate upon reviving a teammate. The perk does not speed up revival, but your teammate will receive the very handy extra health and shields. Characters with revive abilities like Lifeline, Newcastle, and Mirage benefit greatly from the perk.

Gold items in Apex Legends have evolved throughout the game's lifetime. Perks have been altered on nearly every piece of gold equipment to better balance the game. Respawn developers have shared that the removal of the self-res could be permanent, but all changes are evaluated for feedback, so it is possible the perk makes a comeback. Season 14's removal of the self-res is definitely the biggest change to perks, so it will be interesting to see how gameplay changes.

For more Apex legends guides, check out What is max level cap in Apex Legends? on Pro Game Guides.

What is the Guardian Angel perk in Apex Legends?