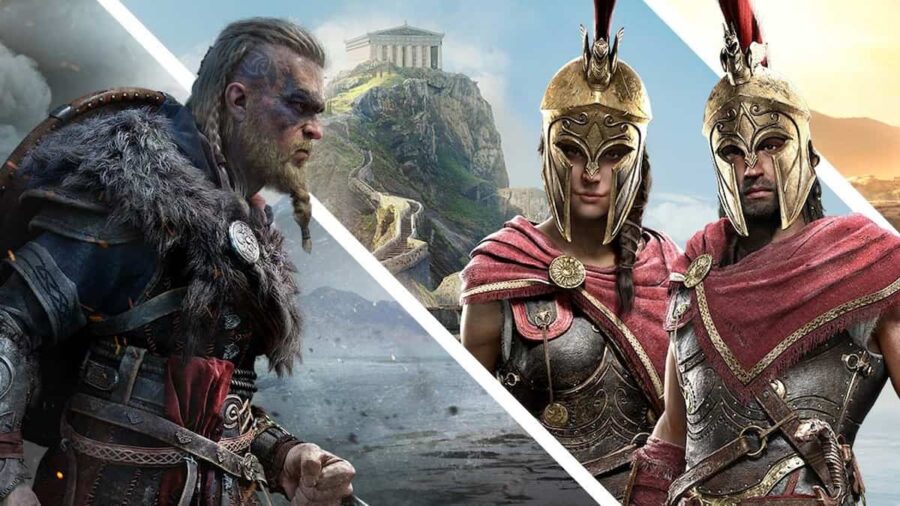 The first images came from @ScriptLeaksR6 on Twitter without context and quickly spread. This comes soon after rumors swirling that the next Assassin's Creed title would return to the series' roots.

The image shows a lone assassin looking into a large structure, hidden blade and sword at the ready. They're wearing the traditional white garb of the assassins that looks very similar to the outfit first sported by Altair. Inside the structure is a large shadow wielding a scimitar. The text reads "The Forty Thieves Quest" and is presumed to be a preorder quest.

After bracing the cold of the English countryside in its nordic outing, and the past few entries leaning heavily into the RPG aspect, fans have been wondering where the Assassin's Creed franchise would be going. While the newer games aren't bad, they don't fit the style of the original titles. They have greatly deviated from the once-touted historical accuracy.

Ubisoft has been issuing takedowns across the board, so there does appear to be some validity to this leak. But, as everyone knows, once something hits the internet, there's no putting the genie back in the bottle. So hopefully, we'll see something official sooner rather than later.

The new Assassin’s Creed Mirage may have leaked