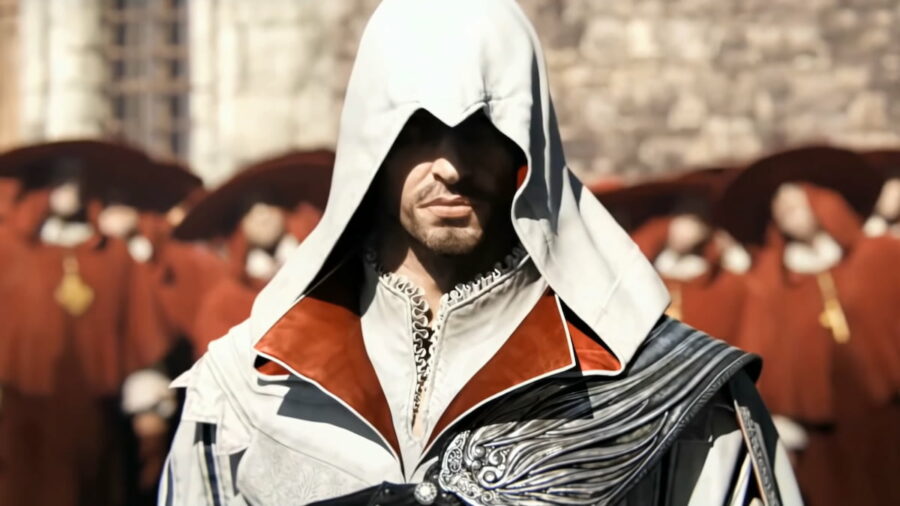 There are not many franchises in the gaming industry that can claim to be as iconic as Assassin's Creed. Since the release of the first Assassin's Creed game back in 2007, the iconic franchise has gone on to spawn a number of subsequent titles in the main series, along with various spin-off titles. With so many games under the same banner, there are bound to be ones that are inevitably better than some others. In this list, we rank all the Assassin's Creed games from the worst ones, to the best.

Taking the newfound RPG elements from Origins and developing them further, Odyssey sets us in Ancient Greece caught in the middle of the battle between Athens and Sparta. It's one of the longest Assassin's Creed games with one of the largest open-world maps. The scenery is stunning and immersive. The combat feels good, and weapons are plentiful. However, this game did stray from the core ideology of Assassin's Creed games, which was not received well by numerous long-time fans. Some players may find the storyline a bit too long, and the game progression a little repetitive.

Assassin's Creed Syndicate teleports the player to Victorian London in a setting that is a remarkable re-imagination of the times. From the cockney accents to top hats, horse-drawn carriages, and fuming factories, it's a truly unique experience in the Assassin's Creed franchise. Whether you're solving mysteries with Charles Dickens, or fighting Jack The Ripper, Syndicate always manages to feel fun. Syndicate was also the first time the player got to choose between a male and female character.

In Rogue, we play as Shay Cormac, an assassin-turned-templar. Set in the time between Black Flag and Assassin's Creed 3, Rogue featured a lot of gameplay similarities with the former. Fans loved the inclusion of the excellent naval combat system from Black Flag, and the combat mechanics bore a resemblance, too. The storyline doesn't make any massive departures from the usual Assassin's Creed format. However, game-breaking bugs and glitches held Rogue back from the potential it possessed.

On release, Unity was plagued with bugs, which tarnished its reputation from the get-go. The short narrative plot also hindered its potential for significant success. This title was an ambitious project that created revamped combat mechanics, a bigger world than previous installments, and a new multiplayer experience. Although the disastrous launch dissuaded a large portion of players initially, Unity has since been updated to provide a much smoother experience. There are multiple ways to complete a mission, and the setting in Revolutionary France is truly a sight to behold.

Assassin's Creed 3 was the first installment in the franchise to feature the naval combat system, which was vastly improved upon in Black Flag later on. Set in 18th Century America, during the American Revolution, players play as the assassin Desmond Miles. While Assassin's Creed 3 holds a special place in many fans' hearts, it was held back in terms of success due to various technical issues. The progression of the protagonist felt slow-paced, while the movement and combat felt sluggish.

Playing as a Viking and pillaging villages with your raiding party might not sound like the stealthiest approach, but that's exactly how you play Valhalla. This installment of Assassin's Creed is set during the time of the Viking expansion into the British Isles. The game manages to create a stupefying world without changing many of the core elements of the franchise. The combat feels meatier, with swords and axes taking the predominant role. However, the long storyline often felt grindy and lackluster compared with the original Assassin's Creed classics.

In many ways, Origins was a turning point for the Assassin's Creed franchise, as it delved into RPG elements. Origins followed the story of the very first assassin, Bayek, as he journeys through Ancient Egypt. The setting in itself is a masterpiece, with the mythical structures of Ancient Egypt taking the center stage. The protagonist's motives are easy to understand and personal, while the looting system was a welcome change from previous installments. However, the game lacked variety, with players often required to do repetitive side-quests in order to progress the story.

Related: How to get the Assassin’s Creed Ezio Skin in Fortnite

If we have to give credits where it's due, we have to mention the original Assassin's Creed game. When it was released in 2007, the title was a showstopper, and gamers absolutely loved the concept of being a time-traveling assassin. Admittedly, most of the mechanics in the original video game have since been developed to improve, the original Assassin's Creed still maintains a special place in the hearts of long-time fans. However, in today's day and age, the graphics look bland, and the side missions are all but repetitive at best.

Initial impressions may suggest Black Flag be a pirate game, and not one that includes assassins. However, fans of the game will argue that it is one of the best Assassin's Creed installments ever. The story puts us in the shoes of Edward Kenway, a greedy pirate whose selfishness pushes him to eventually become a selfless assassin. It features a rich world, beautiful soundtrack, a variety of missions, and incredibly fun ship combat. However, it wasn't without its flaws—the narrative came off as cramped near the end, and some side missions felt like a drag.

Assassin's Creed Revelations sees the conclusion of Ezio and Altair's storyline and turns out to be an emotional ride. Gameplay-wise, it is similar to Assassin's Creed 2 and Brotherhood, but what stands out are the set pieces, which are arguably some of the best in the entire franchise. Set in the city of Constantinople, the world wasn't as beautiful as in subsequent installments. Still, the mature storytelling on display here set the standard for all future Assassin's Creed games.

The original Assassin's Creed was, in some ways, a test run for Ubisoft. Taking everything they had learned from the first installment and improving upon them led to the foundation for Assassin's Creed 2. This was the starting point for the Ezio trilogy, which follows the growth of one of the most beloved assassins of the franchise, Ezio Auditore. It was set in the historical lands of Renaissance Italy, rife with mystery and wonders. Assassin's Creed 2 introduced more dynamic assassination missions, better combat, and the ability to swim. Not to mention—you get to meet Leonardo da Vinci in the game.

Building off of the success of AC 2, Brotherhood followed the second stage of fan-favorite Ezio Auditore's adventures. It introduced brand-new mechanics like capturing territories, multiplayer, and the ability to summon a legion of assassins whenever you demand. The game's scenario was the same as AC2, set in an expanded version of Rome, along with its surrounding countryside. Apart from the main narrative, there are tons of side-quests and areas to explore, like the Romulus Tombs, Leonardo's war machines, thief assignments, templar lairs, and assassination missions. As a result, the game never feels like it has offered everything it has to. And owing to this mystical charm, Brotherhood is cherished by many to be the best Assassin's Creed game ever.

Wondering how to play the Assassin's Creed series chronologically? Check out How to play every Assassin’s Creed game in order, here on Pro Game Guides.

What is the Best Assassin’s Creed Game? Every AC Game, Ranked