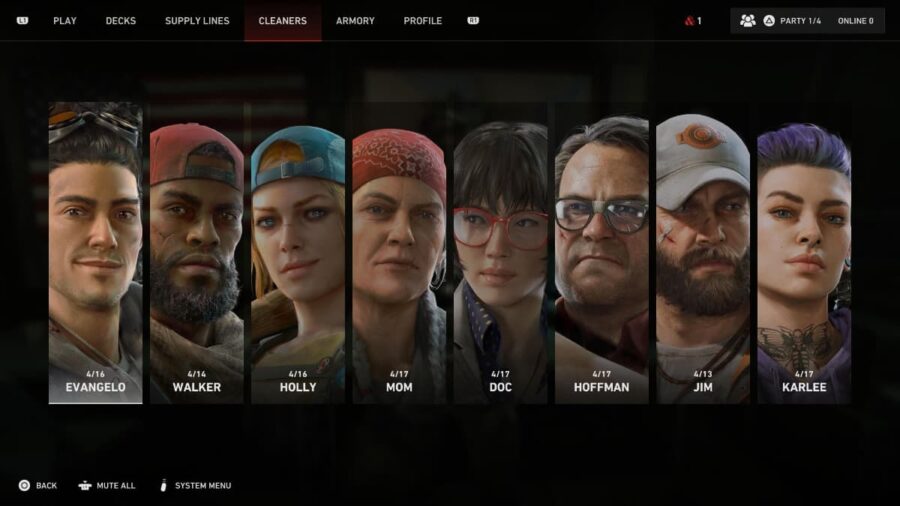 Evangelo, Walker, Holly, and Mom are automatically unlocked when players start the game, but to unlock Doc, Jim, Hoffman, and Karlee, players need to complete the first four chapters of Act 1. Once players beat Act 1-4: The Crossing, each of the previously locked characters is available for selection in the game's main menu.

Related: When Does Back 4 Blood Unlock?

Each of the game's eight playable characters has unique abilities that benefit themselves and their teammates, so we recommend trying out several of the game's characters to see who best suits your play style. Some characters specialize in melee weapons, like Holly, while others are better suited to heal their party members, like Doc.

Back 4 Blood is available for PlayStation 4, PlayStation 5, Xbox One, Xbox Series X|S, and PC starting at $59.99