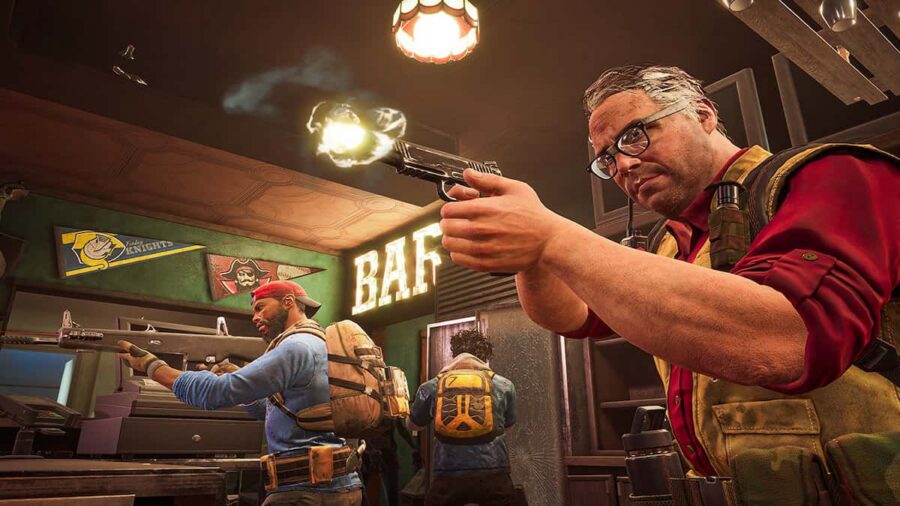 Back 4 Blood is a game centered around eight characters known as cleaners fighting for their survival in a post-apocalyptic world. There will only be four of these cleaners on your team for missions out in the world. It is important to know which cleaners are a necessity and which ones should stay back at base. This is our Back 4 Blood best character tier list.

Hoffman - Hoffman may just be one of the most helpful Cleaners to have on the team. Due to Hoffman's passive ability, every Ridden has a chance of dropping ammo when killed. This ability is invaluable in harder difficulties, as more ammo is needed to kill Ridden, and less ammo spawns naturally. He also gets an extra offensive slot so he can carry an extra frag grenade or flashbang.

Mom - Mom is a must-have Cleaner, especially at greater difficulties. She gives the team one extra team life which will no doubt come in handy on Nightmare mode. She can also instantly revive one teammate per level. This ability is essential for keeping your team alive and together when a horde rushes you.

Jim - You will have a hard time facing bosses without Jim on your squad. Jim's greatest strength comes from his perk that lets each precision kill increase his damage by five percent until he gets hit. Pair that with the Barret M95 sniper, and Jim is deleting bosses from the game's code.

Doc - Filling the role of healer, heading out into the field without Doc is a death wish. She is the only healer in the game and can heal each teammate for 25 health once per level without using medical supplies. Also, she is quick to use medical supplies, which is extremely useful in tense situations.

Holly - Holly is a melee powerhouse. She gives herself and the team plus 25 stamina, and she also regens stamina for every Ridden kill, which basically means she can melee non-stop. On Normal difficulty, Holly is arguably the best Cleaner. However, on Veteran and Nightmare modes, she quickly falls by the wayside.

Karlee - Karlee's full potential is hard to realize until there is a situation when she is actually needed. Karlee's abilities are very situational aside from her team ability that increases use speed by 50 percent. She highlights special Infected and hazards through walls, which is helpful but not paramount.

Walker - It seems he did not get the memo that this is a team game—Walker is a Lone Wolf. He doesn't really bring anything to the team. He can output more damage than any of the other Cleaners, and FPS fans will find a home with him. However, the damage he brings to the table is just not worth losing some of the perks another Cleaner can provide

Evangelo - Evangelo is great at one thing and one thing only, escaping grabs. He can escape a grab once every 60 seconds, which can be very helpful, especially while playing with bots. That is where his usefulness ends. He is designed to be another melee-focused Cleaner. However, he doesn't even hold a candle to Holly.

There is our Back 4 Blood best characters tier list. One thing to remember is that card builds can both help and hurt how effective a character can perform, so you'll want to make sure you spend some time building the perfect deck for each character. Hopefully, now you have a better understanding of who should be on your squad next time you head out into the field.