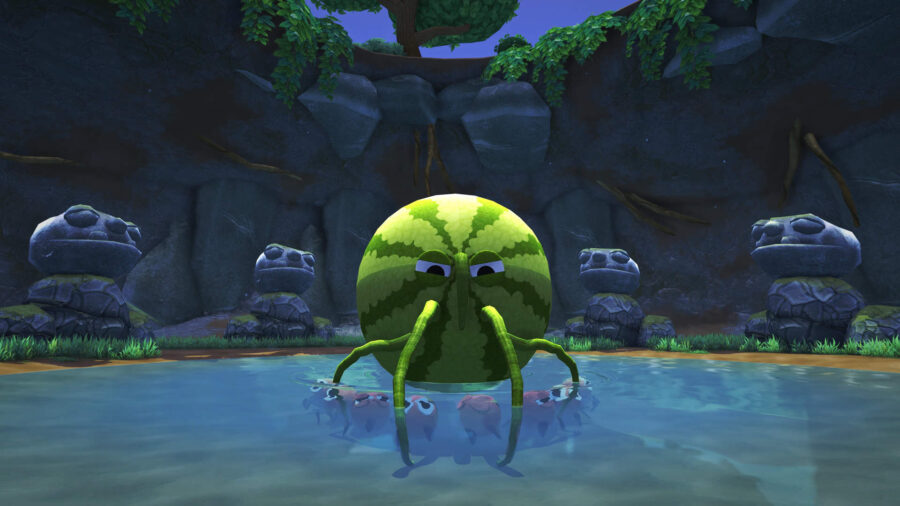 Out of all the games shown at the PlayStation 5 reveal event, no doubt Bugsnax was one of the weirdest but also one that held your attention the longest. Basically, you're on an island full of weird hybrid bugs; we say weird because they are half made of food. Your mission on Snaktooth Island is to capture these odd bugs and potentially eat a few along the way, because well if you see a burger bug or a strawberry bug, you're going to be curious and have a bite!

However, you can pre-order the physical copy of Bugsnax for the PlayStation 4 and PlayStation 5 over at FanGamer, where you can even buy a Strawberry Plus of a Bugsnax, which looks cute and terrifying at the same time!

Bugsnax does not have any pre-order bonus at the time for any console; as Young Horses is an indie developer, they do not have the scope for anything of the sort. Though if any more information gets revealed, we'll be sure to update this guide!