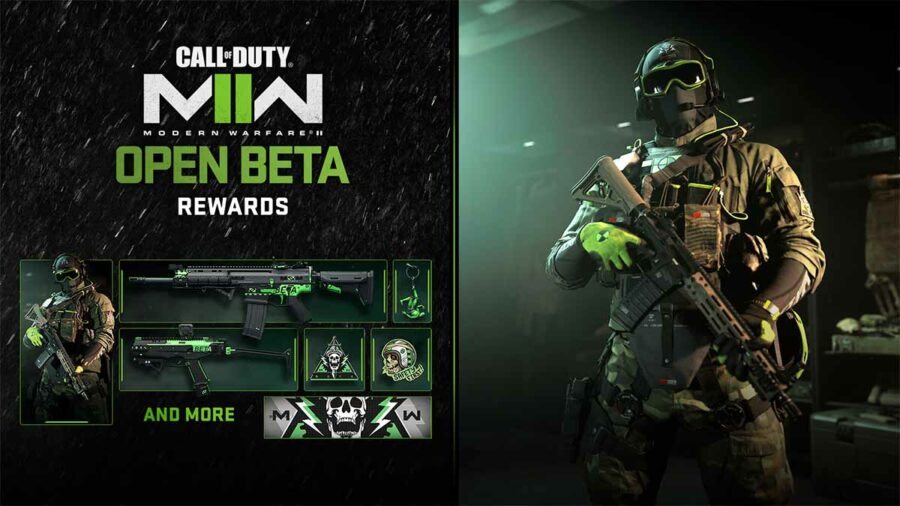 This is the time of year when players gear up to experience whatever the next Call of Duty multiplayer has to offer. Call of Duty: Modern Warfare 2 Open Beta is right around the corner and the developers have a special surprise planned for the community. If you decide to play the upcoming Open Beta for the game, you'll be eligible to unlock various cosmetic rewards.

A total of 10 unlockable items will be made available to all players. These rewards can be acquired by collecting experience points (XP) and subsequently progressing through the operator levels. While the first five rewards can be accessed during the first Modern Warfare 2 Beta weekend, the remaining five will arrive during the second Beta weekend. Furthermore, all of these Open Beta rewards will carry over to your account when the game officially launches on Oct. 28.

All Rewards for Call of Duty Modern Warfare 2 Open Beta

Related: How to redeem Call of Duty MW2 Beta code

Stay tuned to Pro Game Guides for more Call of Duty content. In the meantime, head over to our article on Call of Duty has officially announced Warzone for mobile devices.

All Beta Rewards for Call of Duty Modern Warfare 2