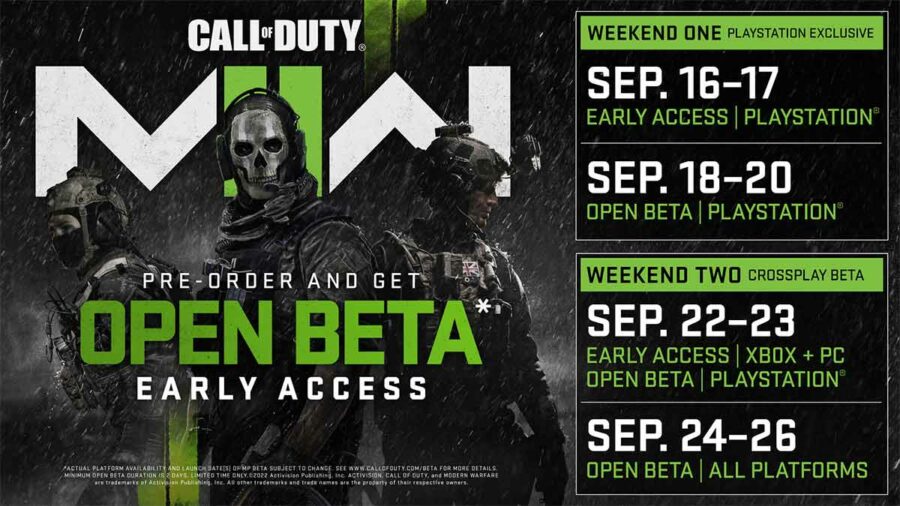 How to redeem Call of Duty Modern Warfare 2 Beta code

Players who've pre-ordered the game digitally via Steam, Battle.net, PlayStation Store, or Xbox Store don't need any Beta redemption code and can access the game automatically. However, those with a physical copy of the game or who have acquired an early access code can redeem it in the following way:

Related: How to get early access to Call of Duty Modern Warfare 2 Campaign

Stay tuned to Pro Game Guides for more Call of Duty content. In the meantime, head over to our article on Call of Duty has officially announced Warzone for mobile devices.

How to redeem Call of Duty MW2 Beta code