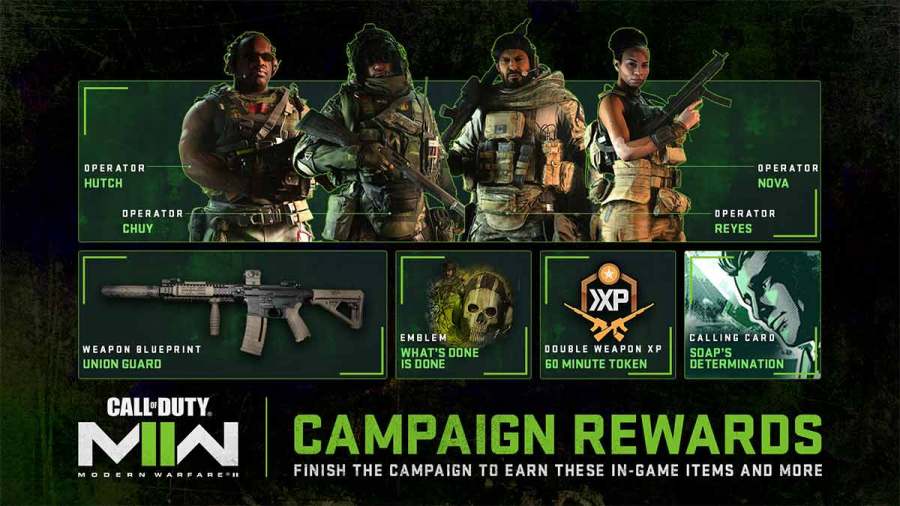 Call of Duty: Modern Warfare 2, like every major game in the franchise, offers a Campaign that players can experience as a story-driven narration. This time, those who play the Campaign will be rewarded exclusive in-game items for use in the game's Multiplayer and Spec Ops modes.

You can also digitally pre-order Call of Duty: Modern Warfare 2 to access the stroy-mode up to a week early. This will allow you to obtain these campaign rewards and other pre-purchase benefits before the game fully launches on Oct. 28.

All Campaign Rewards in Modern Warfare 2