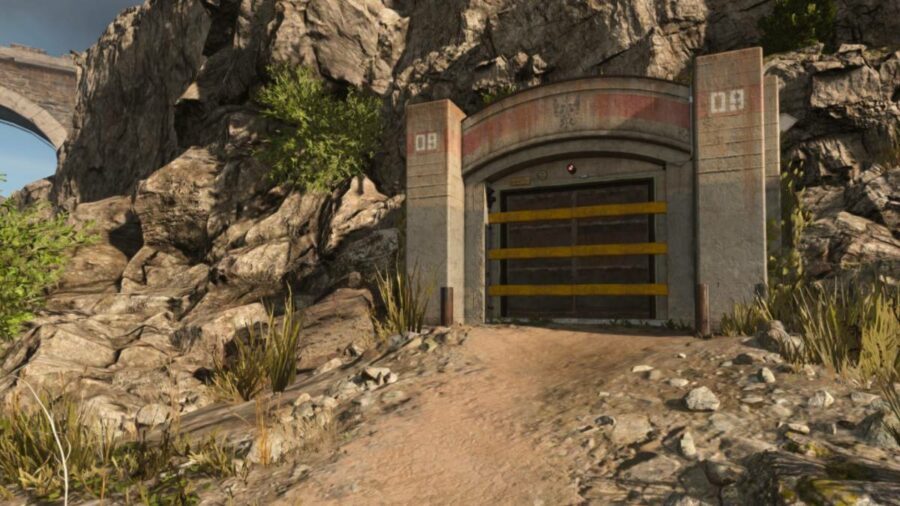 In Call of Duty: Warzone, players frequently run into the situation in which they must take over control of Bunkers to get the gear inside. However, new players might not be aware that in order to access the bunker, you must enter a code. What's more than that — each bunker has its own code!

One of these bunkers is the Farmland Bunker, which can be located using the map in the image below on the left. It is located on the eastern edge of the map, right in the middle of all the farmland.

When you reach the bunker, you'll find you're able to go inside, but a pin pad is blocking off most of the bunker. This pin pad is where you will enter the codes above to grab all the loot waiting for you inside. An example of it can be seen in the image above on the right. The code for the Farmland Bunker is 49285163.

Enter the code into the pin pad and gain access to all the gear inside!

We also have the codes for other bunkers on the map. Check out our guides for the Boneyard Bunkers, Storage Bunker, or just go to our full list of Bunker Codes!

All Operators in Call of Duty: Vanguard

Best P90 Loadout and Attachments in Call of Duty: Warzone

Best Diamatti Class and Loadout in Call of Duty: Warzone