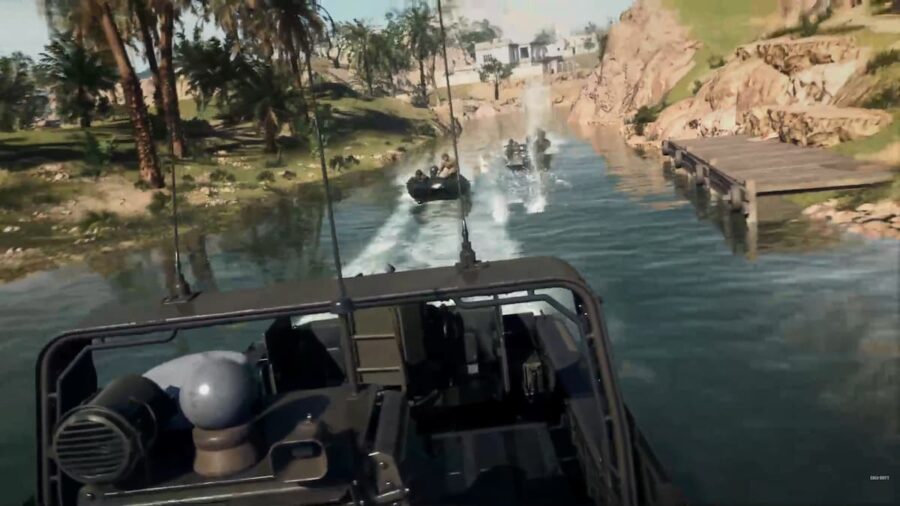 The latest CoD Next Showcase event featured some new elements in Modern Warfare 2 and Warzone 2.0. One of the biggest reveals included Swimming and Aquatic Combat, and fans are eager to know more about this feature. Water is about to become a major part of the game, unlike in Verdansk, where players died instantly after dropping into the ocean. So if you want to know more about water-based combat coming to CoD, we have you covered. Here's how underwater combat works in Modern Warfare 2 and Warzone 2.0.

How does Aquatic Combat work in Modern Warfare 2?

In Modern Warfare 2, players will taste combat on terrain, above water, and underwater. Players can use vehicles over water, which adds a new dimension to the combat system. The game engine's water physics presents an authentic form of water with rapid currents and cresting waves. The water you see in-game can be polluted, clean, murky, and have debris floating, adding more nuances to Aquatic Combat.

Water-based combat becomes a key factor in Modern Warfare 2 as you can use various techniques to hide, escape, and retreat into the water bodies. Players will come across a new range of Tactical items that can be used strategically above and underwater. Fans are excited to see how new Tactical items like the Shock Stick and Inflatable Decoy are used in water-based combat. Similarly, you can traverse via boats and various other vehicles in Modern Warfare 2. Two water vehicles revealed include the Rigid Inflatable Boat, best for traveling across narrow waterways, and the Armored Patrol Boat, which has a mounted .50 Cal Machine Gun.

Related: Will Modern Warfare 2 have a third-person mode?

How to swim in Modern Warfare 2

Players can swim through the various water bodies when the level is deep enough. You must change the operator's stance, look down, and sprint to dive underwater. Players can also shoot underwater with their sidearms and other specific weapons. The water's density affects the weapon's projectile, so players will have to lead their shots to be more accurate underwater. You can also swim underwater to find submerged caches.

How does underwater combat work in Modern Warfare 2?