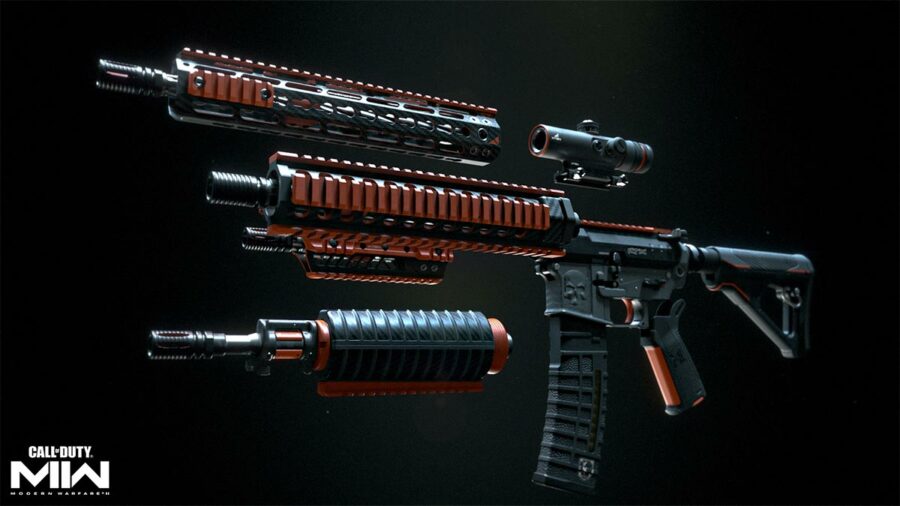 Call of Duty: Modern Warfare 2 is the most recent offering in the biggest first-person shooter franchise. The game takes the Gunsmith weapon customization feature from its prequel, Modern Warfare 2019, and renews it with some major changes. Here's everything you need to know about the new Gunsmith system in Modern Warfare 2.

In addition to unique weapons like the RPG, there are now Weapon Platforms that feature multiple weapons within that family. For instance, the base M4 Assault Rifle Platform has five different weapons within its family:

These are called Receivers and can drastically change the properties of the base weapon.

Related: All Beta Rewards for Call of Duty Modern Warfare 2

After building your personalized weapon class with preferred attachment combinations, you can test out your build in the game's Firing Range. Absent from the last few Call of Duty games, this feature in Modern Warfare 2 will let you make fine adjustments to your gun build without having the need to test it in multiplayer matches against real enemies.

Weapon Blueprints in Call of Duty games give players the option to customize the appearance of their weapons. While these cosmetic items give your weapon a fancy look, the aspect of your gun changes when you swap the attachments that come with the Blueprint. Upon purchasing a Weapon Vault, you will unlock all the attachments for that Weapon Platform and it will retain its appearance even if you change its attachments.

Stay tuned to Pro Game Guides for more Call of Duty content. In the meantime, head over to our article on How to redeem Call of Duty MW2 Beta code and Call of Duty has officially announced Warzone for mobile devices.