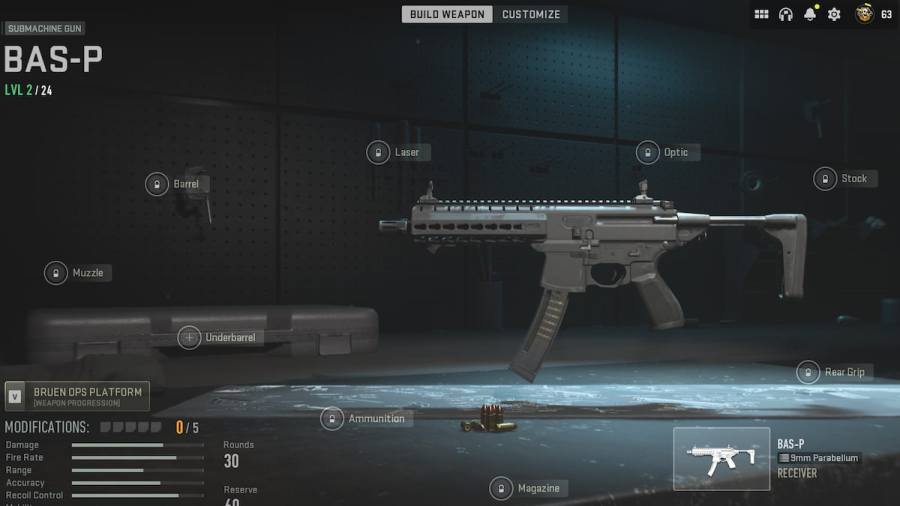 The new Battle Pass system allows players to choose which Sector to unlock next to get whichever reward they want. We recommend unlocking the Sectors with weapons and Operators first to get them all from the Battle Pass quickly. Similarly, players will get 50 Battle Token Tier Skips if they purchased the Vault Edition of Call of Duty Modern Warfare 2.

Once you unlock the weapon, start using it in Multiplayer matches to upgrade it quickly. You can also use Double Weapon XP Tokens and grind Warzone 2 to level up the gun. The BAS-P is the only weapon in the Bruen Ops Platform, and it has 24 levels of progression. Level up the weapon quickly to unlock all its attachments, and get the Weapon Tuning feature. The BAS-P is designed to be one of the strongest weapons at close range, and it's best to build a class setup for this gun quickly.