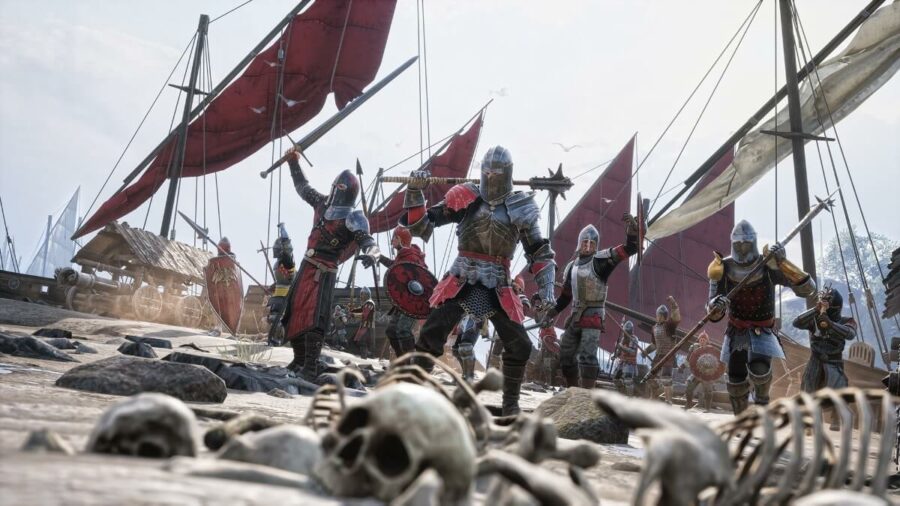 Here we will explain all of the classes in Chivalry 2, what they are, what specials abilities they have and more.

All Classes in Chivalry 2 explained

In Chivalry 2, there are a total of four main classes players can choose to play in the game. Each of these classes has unique weapons and playstyles, along with three subclasses players can swap between. That being said, let's take a look at all of these classes and explain how they work in Chivalry 2, starting with the first one called the knight.

Knights are the most robust of the classes in Chivarly 2 due to having the largest amount of health. They can also tackle enemies when in a full sprint but take the longest to dodge due to an increased cooldown for the dodge ability. All in all, they are incredibly versatile and have three strong classes that offer various ways to play the game and win.

The first knight class is officer, and it serves as a support and attacker class. This is because the class gets access to a trumpet that can heal nearby allies when used.

Officers get access to a decent selection of 2handed weapons that can be used to dish out a lot of damage quickly. This, in turn, makes the officer one of the deadliest classes for the knight.

The second sub-class for the knight is the guardian, and this class is the go-to tank option for the knight. This is because this class gets access to a huge shield and a decent selection of one-handed weapons.

The result is a class that can put out damage while defending and blocking attacks with his huge shield. Guardians can also place down a huge banner that can heal nearby allies, as its special ability.

The third class for knight is the crusader and it is a deadly full-on melee combatant that gets access to powerful 2handed weapons and strong armor. This class can also throw a unique fire pot as it's class ability that will explode and spread fire on impact. Because of this, the crusader is more or less a full-on assault tank that can delve deep into enemy lines and disrupt the other team.

Next up is the archer, and it is the game's range class and offers players a route where they can deal extreme amounts of damage from afar. The archer class like the other four also has three sub-classes, and each one is geared around different types of range combat.

However, they are pretty weak due to having the lowest amount of health. Due to this, it would be wise to avoid melee combat when you can at all costs.

The first is the longbowman, and it is pretty much as you expect. The character uses a longbow that can pick off other players from afar. Along with that, the longbowman's unique ability is a brazer that can be placed down to set fire to their arrows to deal extra damage to enemies.

After the lowbowman comes the crossbowman class, and it is again pretty much what you would expect. The class is geared around the use of the crossbow that can be used to take down heavy armor opponents.

The class also gets a place-able shield that can be used as cover to reload the crossbow, which takes a bit to reload. Crossbowmen also get access to the banner skill, which can heal players near it.

Skirmisher is a hybrid of a range soldier with that of a footman. Thus, the result is a fast and versatile melee user with excellent range capabilities. Range-wise, this class gets access to a quiver full of javelins, that they can both use as a melee weapon and ranged projectiles.

Along with javelins, they also get a choice of a melee secondary that they can use in conjunction with a small shield. The Skirmisher's unique ability is also called quiver, and using it will replenish their ammo.

The footman is the light soldier class and is almost on the same level as the knight but with less health and armor. They are also a bit faster as well and offer a wide range of support and frontline capabilities via their three subclasses and use of bandages that can heal allies.

The poleman is a polearm class and so is perfect for fighting the enemy in melee at long range. Polemen can also perform the knight's tackling ability and a charge attack that can deal massive damage.

In addition to strong long-range melee attacks, they serve a medic/healer role due to the bandages they get as a special ability.

This class also can place a spike trap that can be used to block objectives and prevent players from getting in.

Man at Arms is pretty much a weaker but faster version of the guardian that uses a smaller shield and one-handed weapons. The class can also use a doge ability to move out of the way of incoming attacks quickly and is all around a fast melee defender.

The last footman class is the field engineer, and it specializes in building barricades and destroying placeables. They also et access to 2handed weapons but are relatively weak compared to their counterparts.

Vanguards are in short glass cannons due to their low health, but huge damage to their classes can dish out massive damage with leaping abilities. They are also the fastest class and quickly maneuver around opponents and strike when the time is right.

Devastators are the deadliest class due to their potent 2handed weapons. They can also throw fire pots like the crusader and can equip two hammers they can throw. However, we recommend being careful using any of the vanguard classes as due to your low health, you will be targeted first by players.

Raider is pretty much a weaker but deadlier crusader that can have more than one 2handed weapon in their loadout. Because of this, they can specialize in bringing more than one damage type to the frontlines. The class also gets the same ability as officers, whereas they can blow a horn to heal allies.

The vanguard's last class is called the ambusher, and it serves as the game's go-to sneaky assassin class. This is because the class has access to both throwing daggers and quick-on-handed weapons that deal more damage to players' backs. Ambusher also gets the skirmisher ability called quiver, which can replenish all of their daggers when used.

For more on Chivalry 2, check out Does Chivalry 2 support cross-play?