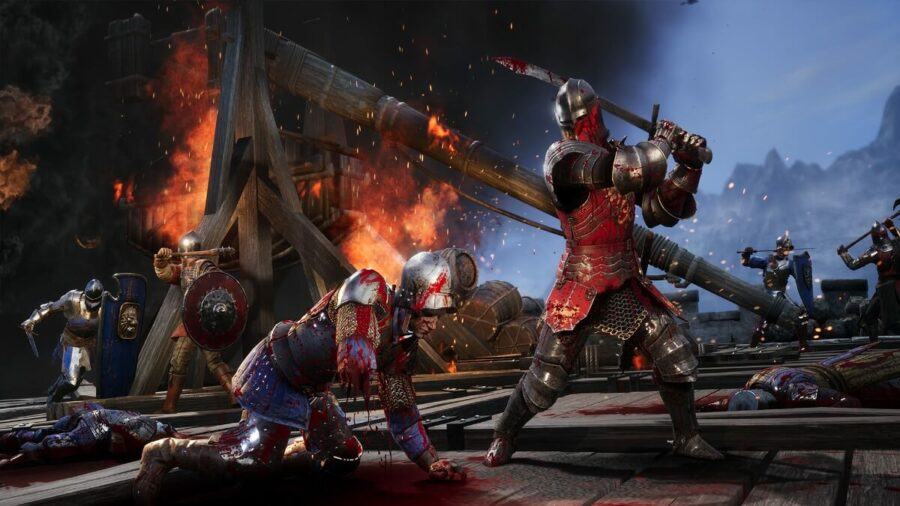 Here you will find everything there is to know about the upcoming Chivalry 2 and its initial release.

When is Chivalry 2's release date?

Chivalry 2 will launch on June 8th on PlayStation 4/5, Xbox One, Series X/S, and PC.

Will Chivalry 2 beta progress carry over?

All progress players make in the open beta will not carry over into the open release, as all player progress will be reset after the beta. The developers confirmed this in this support article at the official site for the game.

Chivalry 2 will support cross-play but not in the beta or at launch. This was a decision made recently, and it was announced via the official Twitter for the game.

When does Chivalry 2 beta end?

The beta for Chivarly will go on from May 27th and end on June 1st, this Tuesday.

What are the classes in Chivalry 2?

In Chivalry 2, there are a total of four main classes players can choose to play in the game, as listed below

What is the story behind Chivalry 2, and what is Chivalry 2?

Chivalry 2 is a sequel to the classic medieval fighting game of the same name that came out back in 2012. The game is set in an epic struggle between factions, the Mansion order and the Agatha Knights fighting for the throne of the kingdom of Agatha. Players will also take the roles of soldiers in this war between both factions and battle it out in both first-person and 3rd person melee combat.

How does Chivarly 2 play? - Gameplay & Features

As stated above, Chivarly 2 can be played in either the first person or the 3rd person view. The game is also a medieval combat game akin to its spiritual successor Mordhau that came out a little before Chivalry 2 was announced.

That said, in the game, players will battle each other in large medieval maps with various melee weapons and ranged ones like javelins and crossbows.

Players will pick from one of four classes and fully utilize their special quirks and abilities to overcome their opponents, as well. Chivalry 2 will also feature quite a few additions to the game from its predecessor, so here's a rundown on some of the most notable.

How many players can be in one match in Chivalry 2?

The max amount of players that can be in one game is 64, as described on the official faq for the game.

What game modes are there in Chivalry 2?

Chivalry 2 will feature two game modes, team deathmatch and free for all.

How much does Chivalry 2 cost?

There are two versions of the game players can buy, the standard version and the special edition. The standard costs 39.99, while the special costs 49.99.

For more on Chivalry 2, check out Does Chivalry 2 support cross-play?