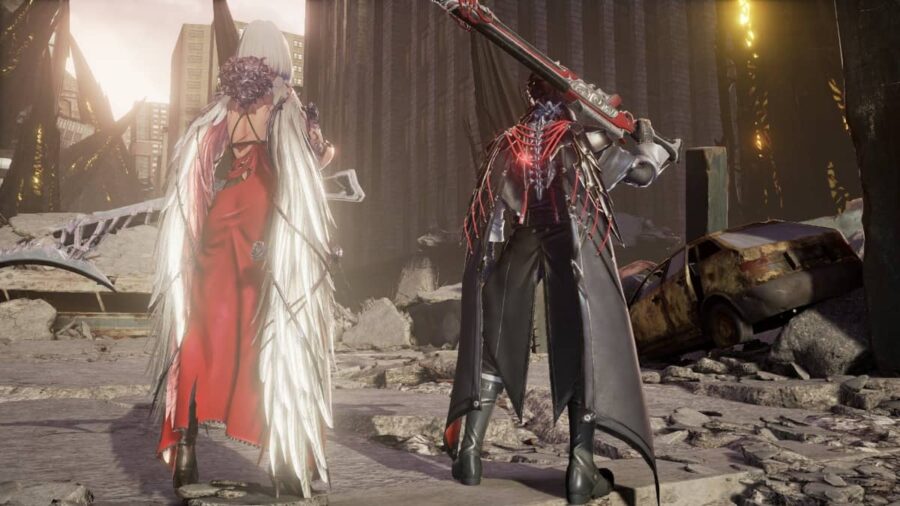 As you venture forth in your Code Vein adventure, there are no more easy bosses (like there ever were). The Queen's Knight is a formidable opponent, so be ready for a long fight. This guy has full body armor, a shield, and a giant sword. He's maybe a cosplayer's dream, but he'll be your nightmare!

How to beat The Queen's Knight

When we say that this Code Vein boss is an absolute terror, we mean it. He is literally in your (character's) head, which means you need to visit the Memories of Player area. To get there, visit the Cathedral of the Sacred Blood, defeat Argent Wolf Berserker, and near him search for something that looks like a huge weapon. Interact with it, and you'll be transported to memories of your character. Congratulations, you're ready to meet The Queen's Knight!

Special attacks of the third boss in Code Vein

This Greater Lost can be very tough, as he has many attacks.

As if all these moves are not dangerous enough, The Queen's Knight loves to combine attacks, so be ready to dodge a lot. He is very resistant to blood damage but has lower ice, fire, and lightning resistance. Knowing that, select Code Vein hero build that gives you the best chances in battle. Now you're ready to find out how to defeat The Queen's Knight!

Related: How to defeat Insatiable Despot in Code Vein

How to defeat The Queen's Knight

The Queen's Knight has a huge sword, but the real danger comes from the shield. His shield bash moves are quick and can deal a lot of damage. To evade, roll left or right. His sword attacks are also dangerous, but if you dodge in time, you'll have a chance for a counter-attack as he's slow to recover.

After a while, he'll start teleporting and attacking from above. These are swift attacks, so dodge as soon as he goes into the air. Sometimes you'll need to evade several times in a row. A light on the ground will tell you where the next strike is coming. Your best chance of dealing massive damage is to strike him while his attack animation is at the end. With little patience, this bad dream will end.

Code Vein Boss Guide – How to defeat The Queen’s Knight