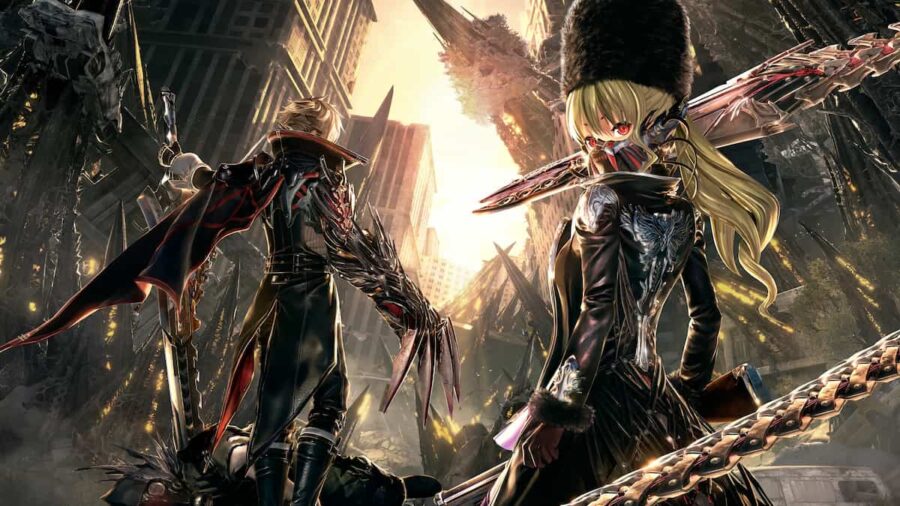 With so many weapons, Blood Codes, and abilities, there are many combinations to experiment with when making a build. The strongest of these builds make the most of a set of stats to maximize damage. Code Vein's Blood Codes can be swapped out, making it easy to try multiple builds out and experience the game in a multitude of ways.

The Queenslayer Blood Code is one of the most versatile codes the player can get in the game. It's obtainable after defeating The Queen's Knight and has five Gifts. Using weapons that scale heavily with Dexterity and Mind with this Code are preferred and there are many weapons that can be infused in order to meet these requirements. Naturally, weapons like Iceblood with the Fortification Transformation make excellent use of this code and can be buffed further with additional passive and active gifts.

Queenslayer is used in many builds found online such as Jenova's Wrath and Cerdeath's Glass Cannon Build because of one of its unique Gifts. Final Journey heals the player of all their HP and increases their abilities, increasing damage by 50 percent and increases mobility by one stage. The downside to this Gift is that it will kill the player after one minute. The goal while using Final Journey is to use it during a boss fight to quickly melt through their HP, as killing a boss will heal the player and cure their debuffs entirely to prevent them from dying.

Noble Silver is a Blood Veil that will increase Light weapon's effectiveness while being low enough in weight to make sure players can stay quick on their feet. Other colors can be purchased as well so there is always room for Fashion Vein even when trying to go for high damage.

Any one-handed light-weight weapon will work but using weapons that make the best of Queenslayer's stats are preferable. Passives should include:

For gifts, there are a number that work well for this type of build as there are many that support one-handed weapons:

The remaining Gifts are situational and should be used whenever they feel necessary to. Cleansing Light is an active buff that makes it so damage to the player will slowly heal automatically. Blood Sacrifice will use up some HP in exchange for replenishing Ichor. Elemental weapon buffs effects like Flame Weapon can be used whenever up against enemies that are vulnerable to it or even against enemies that just aren't resistant to it. Finally, the last gift is Final Journey which should only be used at pivotal moments in boss encounters.

Using Ivory Grace paired with either Mia or Eva's Bayonet, this build focuses on increasing the damage of ranged attacks as much as possible. Using the same Passives as the One-Handed build, players should swap out the One-Handed Sword Mastery for Bayonet Mastery.

Gifts should include all buffs as the amount of damage the innate ranged attack of the Bayonet will not require anything else:

Bayonet builds using Queenslayer are quick, powerful, and make excellent use of Final Journey. Even without the buff, the damage from all the additional buffs is enough to get through any foe in the game. Ichor Concentrate should be kept on hand to make sure there's enough Ichor to keep all the buffs up. Additionally, drain moves can be used to keep this up as well.

Using either the Ishtar Blood Code for Light Spells and Darkseeker for Dark, using Magic is one of the most fun and high damaging ways to play. Maximizing damage for the builds is relatively simple as it will take advantage of enemy weaknesses to customize loadouts when fighting a particular boss.

Any fast weapon will work but Queenslayer Blade with Devour will have an additional Drain Rating to make it easier to cast repeatedly. Noble Silver works well for Light Casters but players can use Ivory Grace as well for a hybrid build. These are used to make sure the player can stay agile as Stamina isn't the main concern for this build and getting out of harm's way will be necessary.

Weapon Drain Rating Up to increase drain by 0.2 points

Swift Destruction for its damage scaling

Vow of Ichor or Max Ichor Boost to increase maximum Ichor, or Focused Gift Speed for fast casting while in the Focus state.

Each passive can be swapped for another and should be used according to the player's preference. One-handed Sword Mastery can be useful and Tirelessness will make sure players can keep their Stamina up when they need it.

Gifts to buff include:

At close range, spells like the Barrage variants can hit up to nine times and deliver vast amounts of damage with all the above buffs. Any spell can work but the Barrage spells are unmatched when all nine projectiles hit. Fire, Thunder, Ice, and Blood can be swapped between depending on what enemy players find themselves against.

These three blood codes can be used for Dark gifts and are each worth considering for a Magic based build. Isis works for both Light and Dark, having middling stats for each. Queen excels in both as well but is more suited along with Harmonius for Dark builds as they each have good unique Dark gifts. Darkseeker is the weakest of the three but has high survivability due to having a built-in passive with Venom. For each tick of venom damage, Darkseeker builds up 0.6 ichor, making it a very good spam Blood Code with a specialty.

Each of these Blood Codes can be easily paired with the Suicide Spur Blood Veil as it has the highest scaling for using Dark gifts. Darkseeker should be paired with venom and venom boosting passives and buffs to increase the potential for ichor regeneration. Queen paired with a Bayonet can easily overwhelm enemies and has high damaging gifts but is out damaged by the Queenslayer Bayonet build. Isis can be built the same way as an Ishtar build but once again, doesn't quite match up with the damage.

Having one of the highest scaling for Dark gifts, Harmonia can be used for a unique, spam build. Utilizing Supernatural Blood, players can use HP instead of their missing ichor for their Active gift. This reduces the time between casts as the player doesn't have to hit or drain enemies to regain their ichor. Using Ember Reversal, players can use its three projectiles repeatedly for high damage while using other less expensive gifts like Dancing Blaze while on cooldown.

This build becomes incredibly strong when paired with the right setup so Suicide Spur is mandatory to be able to evade and have high scaling. Survival Instinct is great for the build as players will most likely be below 50 percent HP while using Supernatural Blood but it can be dangerous if not managed. Cleansing Light can be used for HP regeneration and any additional buffs or damage resistance gifts should be thought of.

Two-handed builds can be built very similarly to the other Queenslayer builds but keeping high mobility is difficult. Stacking buffs and damage while having a heavier set Blood Veil is doable to be a beefier character while dealing consistent damage. One thing to keep in mind for heavier weapons is to use Final Journey as it increases the Mobility by one stage.

There are lots of combinations for Blood Codes and sacrificing damage for comfort and safety might be preferable for new and experienced players alike. Experimenting with these builds is part of the fun and the best part about it is players don't have to farm much at all to use everything they collect.