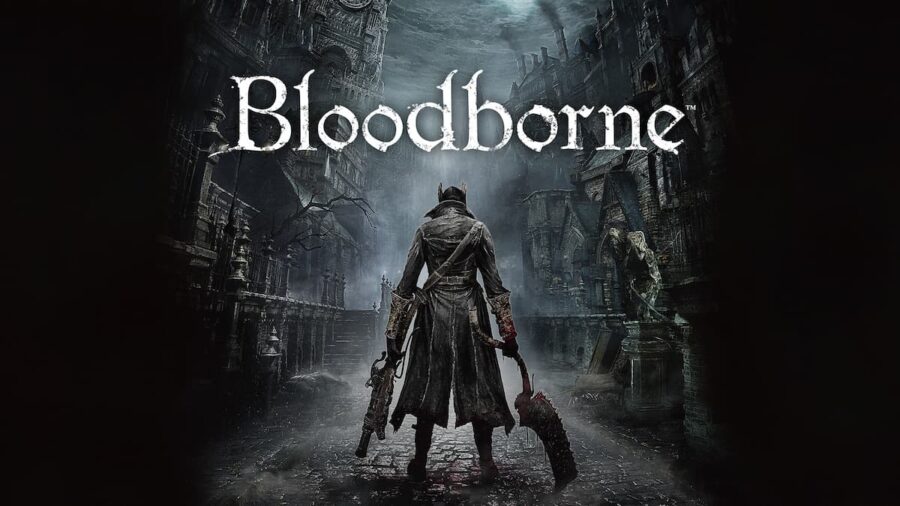 All weapons in Bloodborne can kill, but depending on your build, some are more viable than others. Each weapon has its own movesets and playstyles that alter how they are used. So you may prefer a weaker weapon with a stronger attack set than a powerful weapon with a mediocre set.

Due to the stats of Bloodborne not all weapons be used by all builds. Most are limited to having certain stats so you can wield them effectively.

One of the most fun but hardest builds to play is Bloodtinge. Bloodtinge is mostly orientated around Firearms, as all guns deal Blood damage, and with increased Bloodtinge will deal increase damage. Only a few weapons scaled with Bloodtinge.

One of the best Bloodtinge weapons in the game is the Chikage. When transformed, the Chikage deals pure blood damage, and few enemies are resistant to it. Its initial anime-style draw deals tremendous damage. There is a drawback. The Chikage continuously drains your health in its transformed state, which can kill you if attention is not paid to reverting to its original form.

The Chikage is hard to use, but is an amazing weapon when you have mastered it.

The Burial Blade is half scythe, half sword, and is one of the coolest trick weapons in the entire game. It's extremely good for clearing masses out mobs with its L2 reach.

But it is the hardest weapon to acquire in the game. You have to get to the penultimate boss Gehrman and the final boss Moon Presence. Only Gehrman has to be defeated to obtain the Old Hunter Badge. Normally, this can be acquired upon starting New Game Plus, yet it can be obtained early on.

Generally, you do not want to die to a boss, but to get the Burial Blade early, defeat Gehrman's first stage, and then die to the Moon Presence. This will spawn you back before the boss but with the Old Hunter Badge in your possession. Head to the Bath Messengers and drop 60,000 Blood Echoes to purchase the Burial Blade.

Ludwig's Holy Blade is a longsword that can combine with its sheath and transform into a greatsword. This weapon has amazing reach, deals massive damage, as well as being able to stun lock enemies. This blade is perfect for those who want to play Bloodborne like Dark Souls by ignoring firearm parry mechanics and, instead, smash foes with a greatsword.

You can get this weapon pretty early on in the game. All you need to do is kill the Blood-starved Beast and then head to the top of the Healing Church Workshop to acquire the Radiant Sword Hunter Badge. Go back and speak to the Bath Messengers and purchase Ludwig's Holy Blade for 20,000 Blood Echoes.

Simon's Bowblade is another weapon that scales with Bloodtinge, but this one can be transformed into a ranged weapon. In its untransformed state, it's a curved blade with an elaborate moveset, but it becomes a greatbow when transformed, allowing you to ignore the gun and instead use this bow—which still costs quicksilver bullets.

This trick weapon can only be acquired in the Downloadable Content— The Old Hunters but can be gotten several ways depending on how you want it. You can either follow a questline of an NPC (Non-playable character) Simon the Harrowed but will not get the Bowblade until near the end of the DLC. Or you can attempt to kill him the second you see him near the first shortcut, yet depending on how early you do this, it's not an easy fight.

The Rakuyo is one of the ultimate skill weapons in the game. It's seen in the hands of Lady Maria in the Astral Clocktower. The moveset is terrific, both transformed and untransformed. Its original state is a twin-blade weapon, but when transformed separates into a dagger and a katana and is perfect for when surrounded. When fully upgraded, scales off skill with an A. The Rakuyo can be buffed, making it extremely deadly in the right hands.

Though you won't be able to get this weapon early by rushing, as it belongs in the final area of The Old Hunters DLC, not only that, you have to kill one of the most difficult enemies in the game, the Giant Fishman. Unfortunately, this weapon is unlikely to be used in your first playthrough.

The Saw Cleaver, oddly enough, is one of the three starting weapons you can choose at the start of the game and is one of the best weapons. You can easily use this serrated blade throughout the game and run into no issues. If you happened to choose one of the other two weapons, you could buy it from the Bath Messengers lately.

The extra 20 percent damage against beast enemies is amazing in the early game, but this bonus is only when the weapon is not transformed. When transformed, this extra damage is lost, but the weapon's reach is increased, along with the damage dealt. Chaining the two states together is a great way to deal damage with minimal stamina cost.