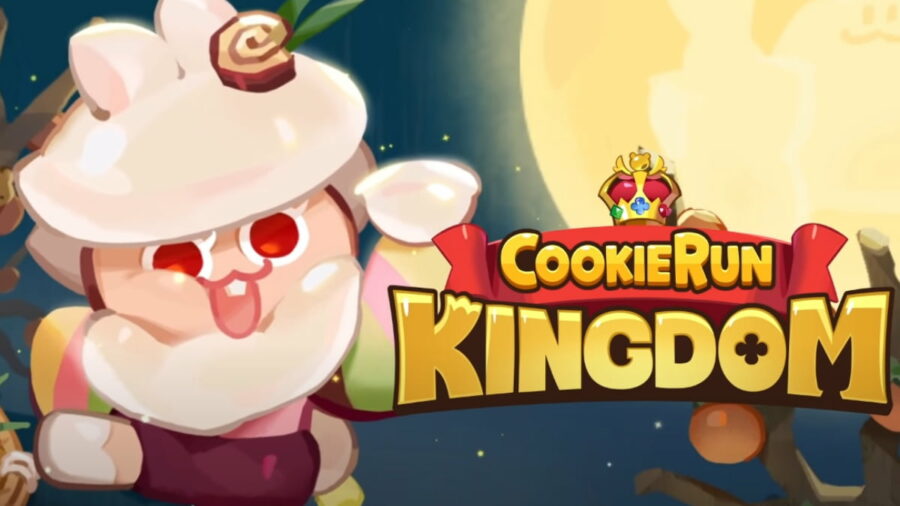 Moon Rabbit Cookie is an Epic Defense Cookie whose design is reminiscent of sweet rice cakes. She's happy, fluffy, and excels as a healer despite being a Defense Cookie. She especially shines in the PvP Arena, where opponents hardly stand a chance against her OP heals.

Giant Rice Cake Bunny: After transforming into a Giant Rice Cake Bunny, Moon Rabbit Cookie jumps up and down, dealing DMG to all enemies. Enemies hit with this Skill will be marked with a Healing Rice Cake, and when the marked enemies are defeated, the Healing Cake will restore the HP of all allies. The healing amount will depend on the target. While Moon Rabbit Cookie is using her Skill, she will be more resistant to interrupting effects.

Despite being a Defense Cookie, Moon Rabbit's kit is centered around being a healer that scales off ATK. That makes building her a bit tricky, as you need to find a balance between ATK, DMG resist, and cooldown reduction. While Moon Rabbit Cookie can be used in any game mode, she's especially amazing in the Arena as battles tend to be short, and her healing is dependent on defeating enemies within a 10-second window.

There are many ways you can build Moon Rabbit Cookie due to the uniqueness of her kit. It all boils down to personal preference and what best suits your team composition.

For Treasures, make sure to use the Squishy Jelly Watch for cooldown reduction, as well as ATK-boosting options to further improve Moon Rabbit Cookie's heals. In the Arena, you may also want to use the Sugar Swan's Shining Feather to revive a fallen Cookie.

Check out our guide on Best Parfait Cookie Toppings build in Cookie Run: Kingdom to build another promising healer.