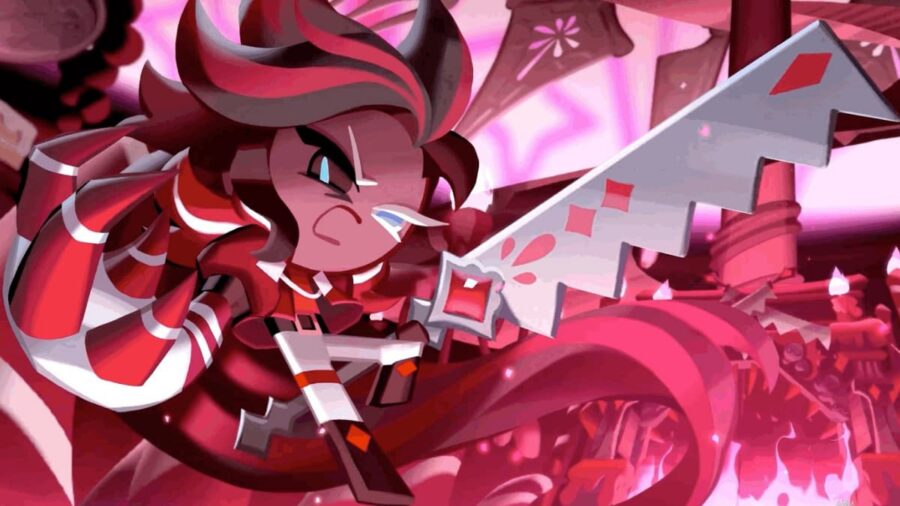 Red Velvet Cookie is an Epic Charge Cookie with a Skill as powerful as his personality. Lore-wise, Red Velvet is responsible for the existence of the Tower of Sweet Chaos and is the sole reason why the Cake Monsters exist. Despite his antagonistic role, he has shown to genuinely care about the well-being of his Cake Monsters.

Crimson Hand: Face the might of the Cakes! This Cookie grasps the rearmost enemy, brings it in front of the Cookie squad, dealing great DMG and stunning them for a short time. Cannot be interrupted.

Despite being positioned at the front, Red Velvet Cookie is best described as a nuker, with an extremely high single hit DMG multiplier. He plays a similar role to Dark Choco Cookie. However, Red Velvet's stun debuff may prove to be useful for halting the movement of enemies, while also providing massive DPS.

Red Velvet Cookie's extremely long cooldown makes him a candidate for cooldown-reducing Toppings and bonus stats. However, it's also important to take his position in the frontlines into consideration, as this role typically requires some DMG resist for survivability.

There are two ways to build Red Velvet Cookie based on your team composition: