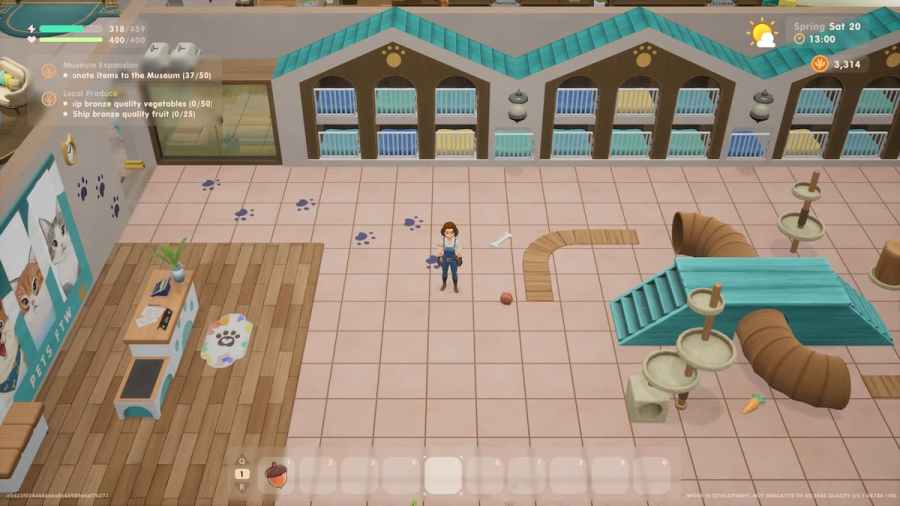 There's no denying it: Coral Island is a paradise. Even while recovering from a disastrous oil spill, the island and the villagers are overflowing with life and happiness, in no small part thanks to the adorable animals who wander the town. No matter where you're playing, BonBon, Pepper, and all of the other village pets are such a huge highlight of the game that players wonder if they'll be able to adopt their own pets. Here's what we know.

Pets in the early game portion of Coral Island feature the standard dog, cat, and lizard and the more exotic monkey, fox, and rabbit. During the Kickstarter campaign the developers stated that these would be pets available to choose from during character customization, similar to how pet options work in Stardew Valley.

How to adopt a pet in Coral Island

Ownable pets are not currently a feature in the early access version of Coral Island. At the pet shop inside the town hall, the game specifies that they are planning to have the shop up and running by the 1.0 release of the game. The Kickstarter roadmap, however, shows that adoptable pets should be available by the Winter content update, which will mainly center around winter events and clothing.

Looking for more Coral Island content on Pro Game Guides? Check out How to upgrade your tools in Coral Island.

Can you adopt a pet in Coral Island