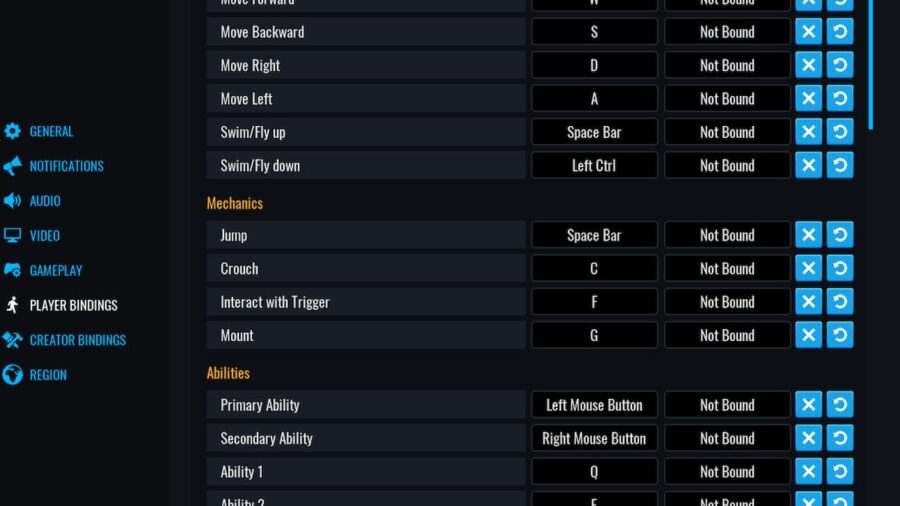 While Core is a PC-only game, it does offer controller support. Sort of. In the settings menu, there are player bindings as well as creator bindings which can be set for keyboard and mouse or controller.

Core offers limited support for both Xbox and PlayStation controllers. This is mainly due to its creative aspect in which users can create so many different types of games. With so many games to choose from and each possibly having a large number of commands, a mouse and keyboard may be the preferred method.

Related: How to Customize Your Character in Core

You can use a controller and set commands to certain buttons, there are the primary functions as well as 67 extra abilities in the player binds tab. In the creator bindings tab, the are 21 different commands including movement and editor tools. So while Core does support controller—it may be difficult to bind all the necessary commands as a keyboard offers a much larger number of buttons that can be used. For those looking to use a controller, constantly having to rebind commands for each game may be the only option. In Core's public roadmap, they plan to add keybinding improvements but failed to specify if this would be for controller, mouse and keyboard, or both.

For more information on Core, check out When do Quests Reset in Core? and How to Add Friends in Core on Pro Game Guides.

Core Credits Pricing Guide: How much do Credits Cost?