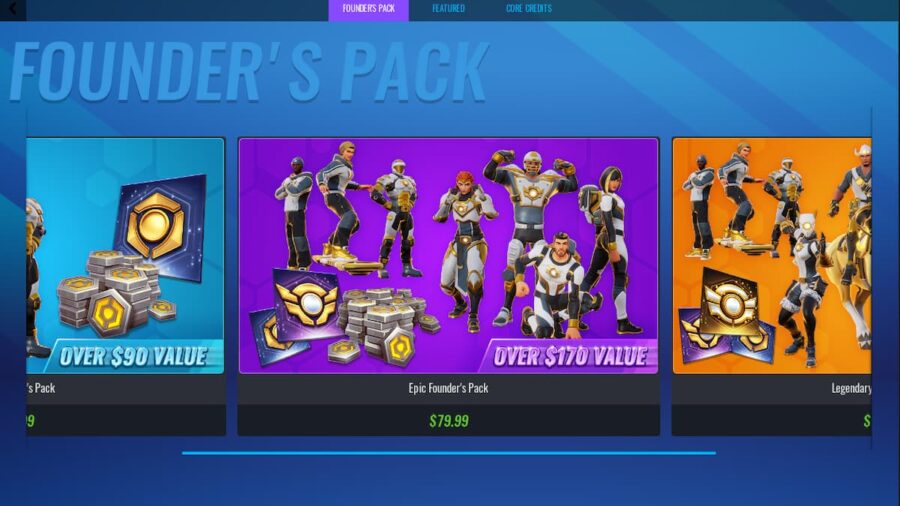 Reward Points are earned via completing daily quests or by playing specific sponsored games. This typically involves the player spending a certain amount of time in these games to earn the points. Once they have done this, a notification will pop up. Core Credits are primarily used to purchase Founder's Packs which come in a Legendary and Epic version as well. They can also be used to purchase boosts for certain games.

Related: Roblox vs. Core Games: How are they different?

Core Credits are available in different amounts. These are:

In addition to these credit bundles, there is a Starter Pack in Core as well. This gives the player a unique skin, a unique mount, and 400 credits. As the Starter Pack counts $4.99, the included 400 credits pay for the bundle, making it essentially free.

Core Credits can be used in certain games to get ahead. These boosts typically take the form of granting the player more in-game currency unique to these games or more experience points in these games. These boosts are great for players who don't have a lot of time or just want to skip ahead.

For more information on Core, check out Best Sports Game on Core and Best Survival Games On Core on Pro Game Guides.

Core Credits Pricing Guide: How much do Credits Cost?