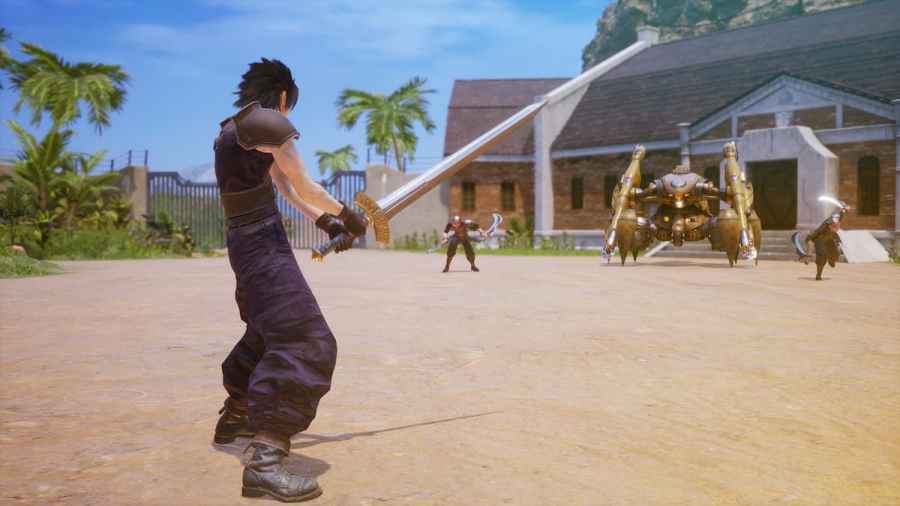 How to dodge combat in Crisis Core

There is a simple trick for avoiding combat in Final Fantasy VII Crisis Core. All you have to do is run alongside the wall rather than down the middle of corridors or in open areas. As combat spawns are centered, you can sidestep most of them by running as close to the wall. This isn't guaranteed and will vary depending on the area.

If you trigger a combat encounter, you can still run away from it, but at that point, you should just finish the encounter off and get the experience and Gil. Otherwise, just run from fights and stick to the sides of areas as best you can. Avoiding some encounters is necessary to get some chests, as enemies blocking them will end the mission sometimes.

One thing to note is that if you avoid too many encounters, you run the risk of being under-leveled. This can leave unmissable fights, like boss battles, much more difficult. Therefore, you should alternate between avoiding fights and finishing them off. You can always grind experience through side quests and missions to offset this.

For more information on Final Fantasy, check out Can you turn off the Combat Announcer in Crisis Core? and How to beat Experiment No. 88 early in Crisis Core

How to avoid combat in Crisis Core