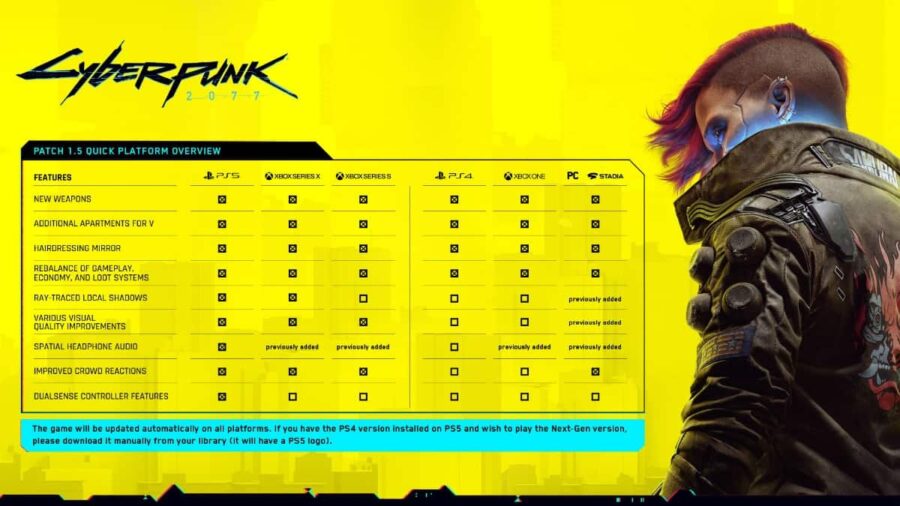 Cyberpunk 2077's 1.5 update added many new features to the core game, along with a wave of bug fixes and next-generation improvements. New quests, enhancements, and various additional content were also with Patch 1.5 for Cyberpunk 2077.

Some of the new things players can expect are several new apartments players can purchase across Night City. Players can also now edit their character's appearance when viewing a mirror in their apartment.

Related: Can you play Cyberpunk 2077 on Xbox One S?

Beyond character customization, players can expect new poses in Photo mode and new weapons and weapon mods. Patch 1.5 added a hefty amount of bug fixes and improvements, if you want to see the full list view the official notes over at the Cyberpunk website. That said, here's a brief highlight list of the most notable parts of the update.

For more on Cyberpunk, PGG has you covered.