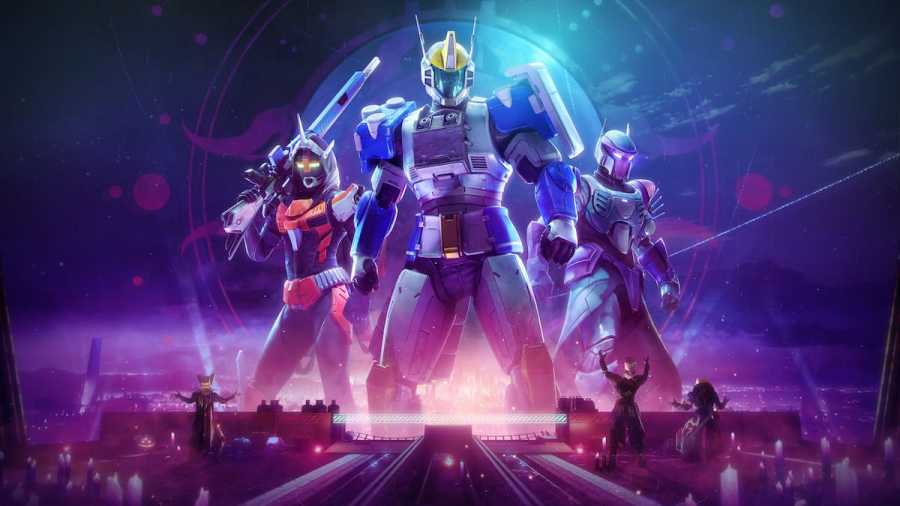 All over the universe, Guardians don their masks and descend into Haunted Sectors for the Festival of the Lost event. During this occasion, Bungie releases new armor sets and weapons, befitting of the Halloween season. For the 2022 festival, Destiny 2 introduced four new weapons, including a sniper rifle, pulse rifle, and two auto rifles. Here are all weapons in Destiny 2's Festival of the Lost 2022.

Mechabre is an Arc sniper rifle inspired by mechs from media like Mobile Suit Gundam and Neon Genesis Evangelion. This weapon has the Perpetual Motion and Moving Target traits, making it an excellent rifle for players who frequently reposition. Its origin trait is Search Party, which improves the player's aim down sights speed and movement speed while aiming, but only if no allies are nearby.

Jurassic Green is a Solar pulse rifle with a dinosaur inspired print. This weapon has the Tunnel Vision and Adrenaline Junkie traits, so it is most effective when quickly eliminating enemies and reloading directly afterwards. Its origin trait is also Search Party, requiring players to be separated from their team in order to receive a bonus to aim down sights speed and movement speed while aiming.

Related: How to get Manifested Pages in Destiny 2

Braytech Werewolf is a Kinetic auto rifle with a mysterious, animated pattern. This weapon has the Subsistence and Gutshot Straight traits, so it thrives on quick eliminations and aiming down sights. This weapon does not possess an origin trait, similar to other non-elemental Kinetic weapons. Braytech Werewolf is optimized for players who enjoy being in the middle of the fight, as well as players who prefer to stay at short to medium ranges.

Horror Story is a Kinetic auto rifle with a pattern that vaguely resembles the Trials of Osiris logo. This weapon has the Killing Wind and Demolitionist traits, making it an excellent weapon for players who frequently use grenades. This weapon does not possess an origin trait, but a powerful Masterworked version can be acquired from Haunted Sectors.

For more Destiny 2 guides, come check out How to fix Festival of the Lost errors in Destiny 2 here on Pro Game Guides.

All Weapons in Destiny 2 Festival of the Lost 2022