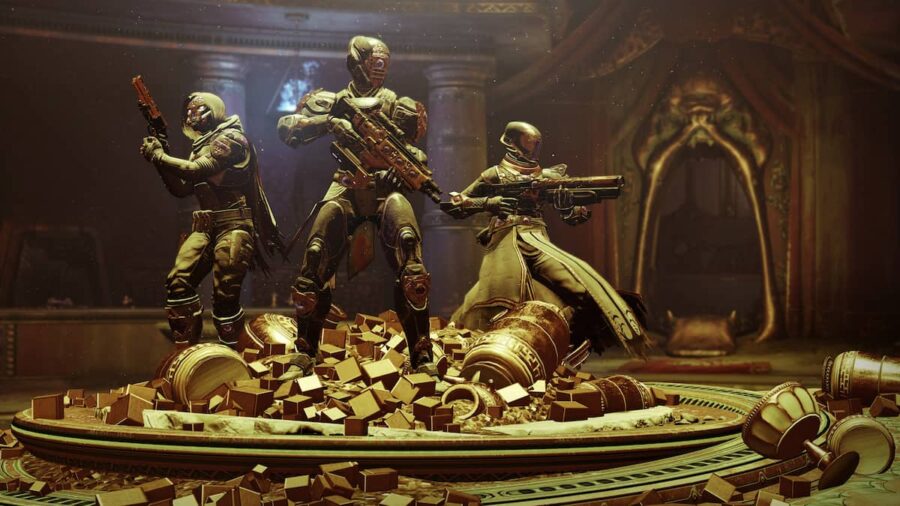 A post from a father in a gaming Facebook group has inspired a group effort to raise public awareness of childhood cancers uniquely by having their avatars wear gold in Destiny 2. This addition to the annual Childhood Cancer Awareness Month in September is proving to be a heartfelt cause for gamers everywhere.

On September 1, 2022, popular Twitch broadcaster Anne Munition posted on her Twitter to share a screenshot of a post she spotted on Reddit. Posted by LunarPengu on the DestinyFashion subreddit, the entry shows a screenshot of a father asking Destiny players to show their support for Childhood Cancer Awareness Month by virtually wearing the color Gold. The post caption requests other Destiny fans to participate in the community movement.

The request's origin appears to be a father who posted in "The Dad Gaming - Dadstiny" Facebook group. He discloses that his daughter passed away in 2020 from Ewings Sarcoma. This rare and aggressive cancer targets the bones and surrounding tissue. The father further explains that in 2019 he had started asking the Destiny community to wear gold in-game as a show of support. He requests that players continue to show their support by adorning their Guardians with gold apparel and armor throughout September 2022. Attached, he posts a photo of him and his late daughter and a Destiny character wearing gold armor.

Want to read more about Destiny? If so, check out Destiny 2 Armor Energy Type, Explained on Pro Game Guides.