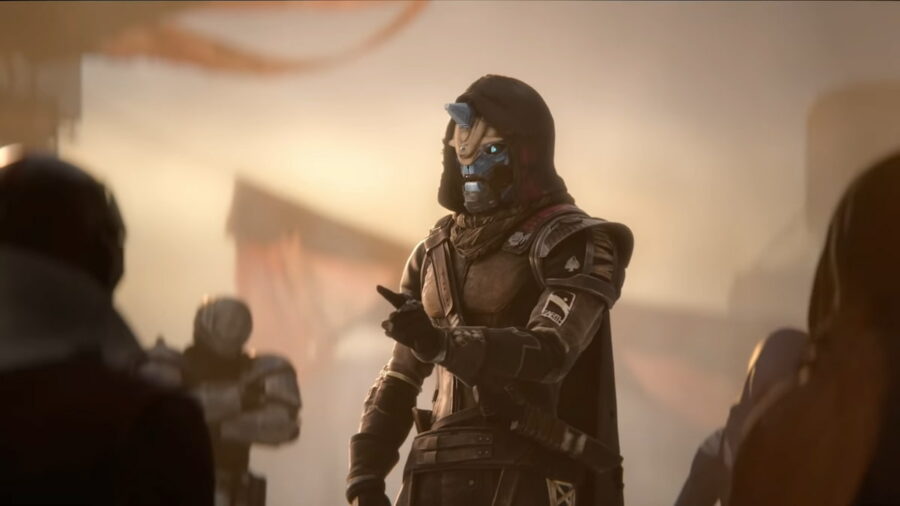 It is easy to think you know all of the hip Destiny terms- until someone uses "cheese" as a verb. Why is everyone perspirating in Crucible? What are we wiping? Destiny 2's community has developed this slang over the years, and it can be intimidating to be the only person who doesn't understand these terms. Luckily, we're here to teach you all the popular Destiny 2 slang, so you can also use KWTD.

Add is a shortened version of "additional enemies." This term is used to describe rank-and-file enemies that frequently spawn in groups. These enemies are typically cannon fodder but can overwhelm your team if allowed to run rampant. If you are a player assigned to killing these additional enemies, you are assigned to the role of "add clear."

A buff can mean two things: a piece of gear whose effectiveness has been increased by the game's developers or a temporary status effect. For example, if a weapon was buffed, then it may have been finetuned by the developers to deal more damage since it wasn't as powerful as it should have been. A status effect buff is a temporary effect applied to your character. You can view it at the bottom left of your screen.

To "cheese" a boss is to defeat it in a cheap but effective way. For example, there may be a glitch that occurs when all players attack a boss's foot resulting in high damage, but the developers did not intend this strategy. This would be a cheese strategy. Often, there are two strategies to defeating bosses: cheese and legit. Legit refers to defeating a boss the way the developers intended, using the game's mechanics without exploits or glitches.

DPS is an acronym for "damage per second," and refers to the amount of damage that players can inflict. This term can describe a "DPS phase" in a raid, when the boss is vulnerable to damage. It can also be used as a verb, such as telling a player to "DPS the boss" rather than fighting other enemies. If players are not inflicting high amounts of damage to a boss, they might say that their team has "low DPS." Rather, if a team does excessive damage to a boss, that team has "high DPS."

A player's KD refers to their "kill-death ratio." To calculate this number, simply divide the number of your kills over your number of deaths. This term is largely used in player versus player activities and can be used as bragging rights. A variation of this slang term is KDA, which incorporates a player's number of assists.

Kinderguardian is a term used to describe new Destiny 2 players. This name is not typically used in a derogatory way but rather as a descriptive term for those new to the game. Kinderguardians can often be accompanied by more experienced players teaching them the game, occasionally called sherpas.

This term is an acronym for "know what to do." It is often used in LFG, or "looking for group" settings, where players search for a fireteam to join. If a fireteam description says KWTD, players must understand the activity's mechanics and have experience to join. This term is typically used to avoid unusually long raids, where players must unexpectedly teach a new player.

This term means either "most effective tool available" or "metagame." It refers to the most powerful set of gear at a specific time. A game's meta can change weekly, with newly discovered synergies and buffs to a weapon's damage numbers.

A nerf is the opposite of a buff. If a weapon has been nerfed, the developers have decreased its effectiveness since it was too powerful. This change is typically made to restore the balance in a game's meta and ensure every weapon and piece of armor is viable.

This term means "player versus environment," and refers to an activity where players fight against AI-controlled enemies. Destiny's activities include raids, strikes, and story missions. In game modes like these, all enemies are AI opponents rather than players.

This term means "player versus player," and refers to an activity where players must fight. Some of these activities in Destiny include Crucible matches and Trials of Osiris. In game modes like these, all enemies are players rather than AI opponents.

This phrase is used to describe players who are overly angry at the game. This term is interchangeable with the word "toxic." Salty players often have a chip on their shoulders and take out their anger on either their team or the enemy team. They hurl insults at other players and rarely calm down until the game ends.

Sherpas are players whose primary goal is teaching game mechanics to other players. This title is frequently used for players who teach raid encounters, such as a "raid sherpa." Sherpas are experienced players who are quite familiar with the game's mechanics and use their skills to help others progress through the game. They are highly esteemed in the Destiny 2 community since sherpas go out of their way to create diagrams and learn the most effective way to teach other players.

Sweats are players who take the game too seriously and exclusively play player versus player activities. They can be found playing in full fireteams, using detailed callouts, and trash-talking their enemies. This term can also be used as a verb, such as "why are they sweating in casual games" or "that player is so sweaty." This name is typically used as an insult.

This term is mostly used in raids and refers to the death of an entire fireteam. When players make a mistake early in a raid, they often choose to wipe or kill themselves intentionally, to start that level over and try again. This term can also be used to describe a boss mechanic that kills all players, often called a wipe mechanic. If your fire team leader calls for a wipe, seek out the nearest enemy or jump down the closest void.

For more Destiny 2 guides, come check out Which class should you play in Destiny 2? QUIZ here on Pro Game Guides.