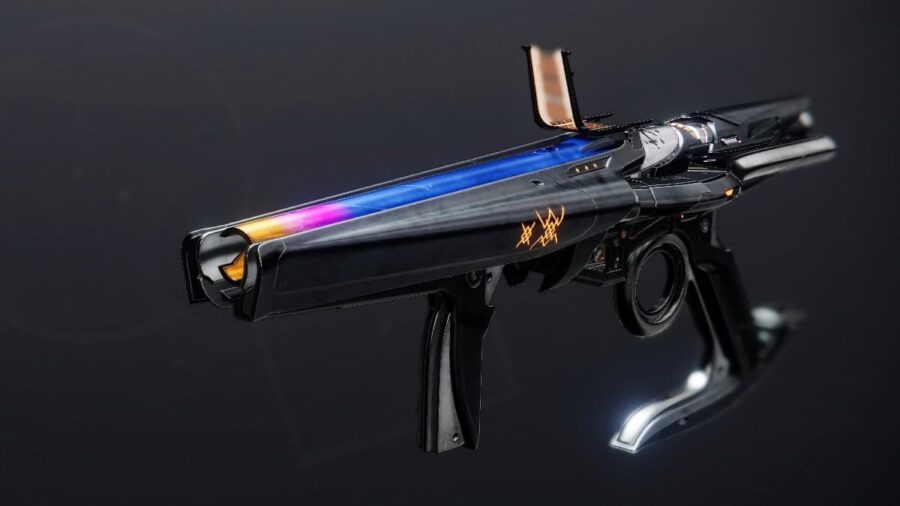 Destiny 2: The Witch Queen is finally here, and with it comes new weapons for us to hunt down. There are eight exotic weapons that can be obtained with the launch of The Witch Queen. One of those weapons is the Dead Messenger exotic grenade launcher, and here are all of its stats and perks.

The Dead Messenger boasts some pretty interesting stats. It is a one-shot Grenade Launcher that is capable of shooting 72 rounds per minute. Below are the weapons stats:

The Dead Messenger comes with four Perks and its exotic Intrinsic Trait. Below are the Perks that come with this Grenade Launcher:

This weapon's Intrinsic Trait is called Trinary Vision. This will cause the grenades launched from it to release a fan of three energy waves when it makes contact with the ground.

So there you have it, that is the Dead Messenger's Perks and Stats in Destiny 2: The Witch Queen. Players interested in getting their hands on this Grenade Launcher will have to complete its exotic questline that you will receive while playing through The Witch Queen.

For more Destiny guides, check out How to open Umbral Engrams in Destiny 2: The Witch Queen right here on Pro Game Guides.