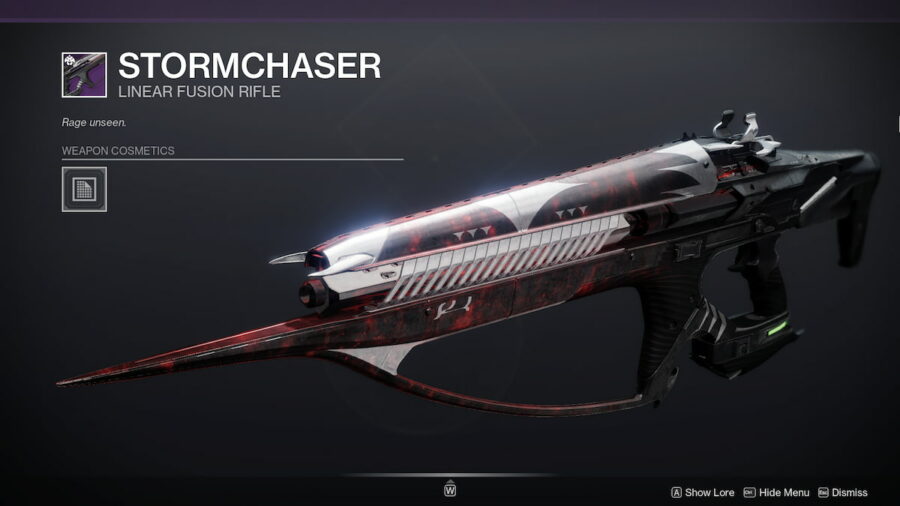 It's been a while since Bungie has shown some love to Linear Fusion Rifles in Destiny 2. The Duality Dungeon changes this with its inclusion of the terrifying Stormchaser. Let's take a gander at the rolls to look out for.

How to get Stormchaser in Destiny 2

Stormchaser is a random drop within the Duality Dungeon. It can be looted from either the hidden chests or the chests that appear after completing an encounter.