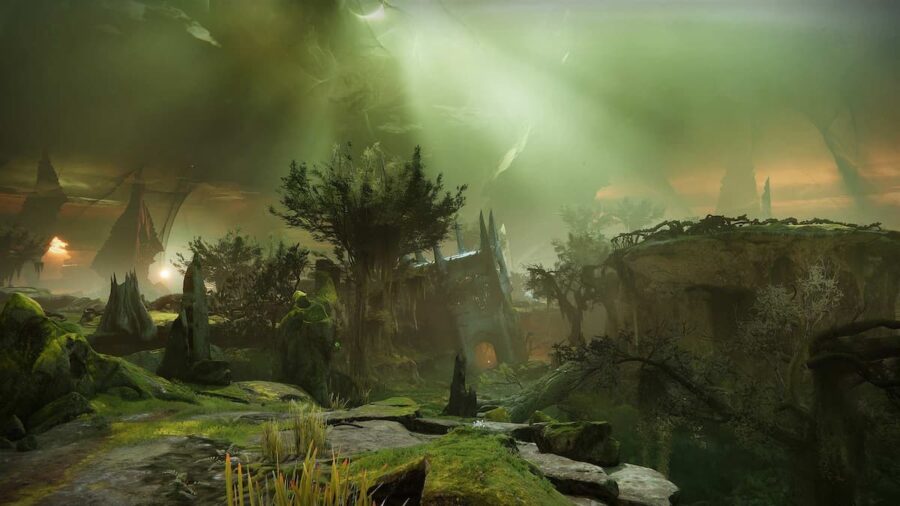 Shortly into The Witch Queen expansion, players will meet a new NPC known as Fynch. He is a renegade Lucent Hive Ghost, who has decided to defect and help you take down Savathûn. Fynch serves as the reputation vendor for Savathûn’s Throne World. Here is how to raise your reputation with Fynch quickly in Destiny 2.

Fynch’s reputation rank can be improved by earning Throne World Rank points. Players can earn these points by completing pretty much any activity on Savathûn's Throne World. This includes Bounties, Public Events, Lost Sectors, Wellspring runs, repeated campaign missions, and Altars of Reflections. However, players can also earn points towards their rank by opening chests and locating secrets.

Related: Where to find Neutral Element in Destiny 2

The quickest way to raise your reputation with Fynch is by completing daily and repeatable bounties while also completing other activities such as campaign missions. You will be able to pick up bounties from Fynch after you have completed the Trust Goes Both Ways quest that is obtainable early in The Witch Queen campaign.

Every time you rank up, you will receive a Throne World Engram that contains armor or weapons that can only be obtained in Savathûn's Throne World. You will also unlock specific rewards once you reach rank milestones with Fynch. This Throne World gear will be very helpful when stepping into some of the endgame content.

For more Destiny guides, check out Who is Sagira in Destiny 2 right here on Pro Game Guides.

How to raise your reputation with Fynch quickly in Destiny 2