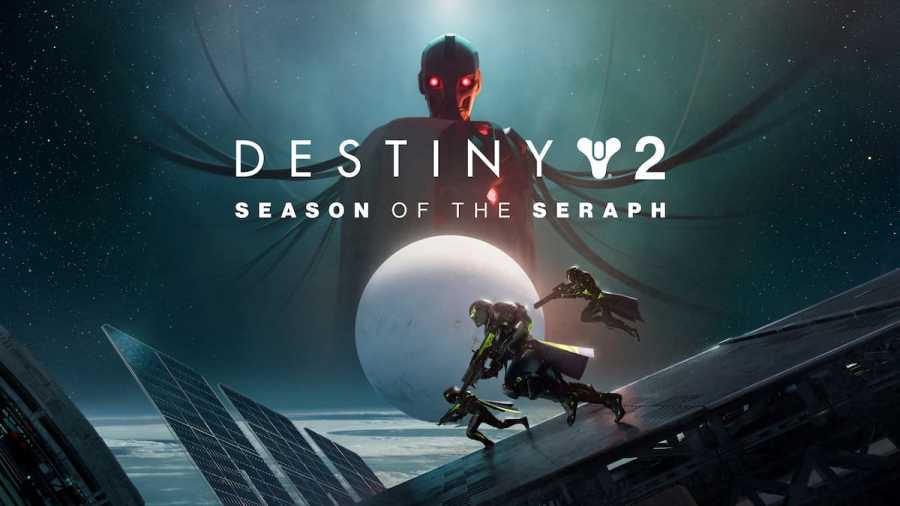 With a new season of Destiny 2 comes plenty of complaints and criticisms from the community. It's one of those games that everyone simultaneously loves and hates. With Season 19, Season of the Seraph, there's plenty to be frustrated about. So, as part of the time-honored tradition of Festivus, let's air our grievances. At the very least, venting should help us feel better, right?

There are no easy answers here, or many at all, as I'm not a game developer and I don't have all of the information that the far more qualified teams at Bungie do. All I can do is bring to light the pain points that Guardians are dealing with. These are issues that Bungie is aware of as Destiny 2 Game Director, Joe Blackburn, posted a Twitter thread on December 7, 2022, outlining that changes will be coming in Season 22 at the soonest. That still leaves the rest of the Season of the Seraph, Lightfall, and the Season after it to put up with the current seasonal model.

Season of the Seraph is using a tired system

The current seasonal model has been in place for a few years now and it, understandably so, has become a little stale. Guardians get a new matchmade activity that has them fending off swarms of enemies while dunking balls. Sure, I'm being a little reductive, but that's what the new Battlegrounds boil down to. At most, they add some of that Rasputin flair and a new mechanic involving staying out of sight.

It also makes use of the relic upgrade system where Guardians must complete unique objectives each week to unlock perks on the relic that affect all manner of things. These can range from how often red border weapons drop to getting the ability to focus umbral engrams. Sure, it was novel the first few times we had to do it, but it's long since grown tiring, much like the Light Level grind.

So, every week, Guardians are drip fed some story, complete the Seasonal Activity a handful of times to unlock upgrades, and then spend said upgrades at the relic to farm the new seasonal gear. It's a big, complicated hamster wheel that many are sick of being on. While many would like to simply play through the story at their own pace, this leaves the problem of content droughts much like those that plagued Destiny. I'm not sure what the right answer is here as it's a fine line between player engagement, time-gating content, and giving players what they want.

With the return of Rasputin and the Bray family to Destiny 2, many were hoping that there would be a renewed focus on Warmind Cells builds. Since being nerfed back in Season 15, Warmind Cells simply haven't had the same appeal with their reduced damage, radius, and increased expense to equip.

This, combined with the small pool of weapons that can actually generate the Warmind Cells, and many feel that Bungie was too heavy-handed with the nerf. Even more puzzling was that the new Seraph seasonal weapons cannot generate Warmind Cells. These would have been a great addition to the roster and potentially brought a renewed interest to the builds. Instead, we have a huge missed opportunity.

Related: How to get the Season 19 Iron Banner armor early in Destiny 2

The Destiny 2 Power grind is getting old

Every season, the Light Level/Power Cap goes up, usually just by 10, and players are forced onto the treadmill once again if they want to be able to complete the same, high-level content they just grinded weeks to be able to play. It's a way to keep core playlists with a healthy population, but it simply doesn't feel good when those same playlists are neglected as long as they have been.

Season of the Seraph does try something new with its Battlegrounds playlists always being at +5 Power higher than your Guardian. It's a good way to keep things challenging and removes the need for a power grind. Hopefully, this is a sign of things to come and maybe signals the abolishment of the needless grind.

The Eververse in Destiny 2 is greedy

I understand that Bungie needs to make money. Destiny 2 is technically a free-to-play game with a lot of paywalled content. A large part of this comes from larger paid expansions and season passes. But the next biggest income generator is likely all of the cosmetics locked up by Tess behind the Eververse.

In Season 19, there are seven new sets of armor (Arc, Assassin's Creed, The Dawning, Iron Banner, Seasonal, Season Pass, and Spire of the Watcher). Four of these sets are locked behind the Eververse. This example doesn't even reflect the consistency of past seasons as Seraph is heavily loaded with new armor sets for Guardians. Suffice it to say, if there's a new armor set, odds are it's going to be tied to Eververse.

Related: How to unlock Seraph Chests in Destiny 2

Destiny 2 Champion mods are too restrictive

One of the biggest pain points for each season, and especially so in Seraph, is how restrictive Champion Mods are. Guardians have this giant, vast inventory of weapons, but we're stuck using only a handful if we want to play certain high-level content like Dungeons, Nightfalls, and Legendary Lost Sectors. Some seasons are better than others, and Exotics have received intrinsic perks to help with this, but it's still not enough. It forces players into a meta for upwards of three months and if that meta is painful to play, then players will simply opt-out.

Not enough love is being given to the core playlists

With the Light Level going up each season and many of the seasonal activities requiring Guardians to grind out materials in the core playlists, it is painful to run the same Strikes over and over, play the same sad handful of Crucible maps, and suffer through the measly two-three Gambit maps on rotation.

Bungie has made some improvements, notably to the Vanguard Ops playlist by including past seasonal activities, but it's not enough. Many have suggested bringing back Heroic Strikes and Strike Scoring from Destiny. This would give Guardians ample reason to rerun the same content with the promise of obtaining Strike-specific loot.

Personally, I would love to see the Strikes in the Destiny Content Vault released back into Destiny 2. Crucible needs a complete overhaul, and the Competitive Division promises to do that, but so far the reception hasn't been great. And Gambit...Gambit desperately needs help in a number of areas with the most notable being more maps.

While Bungie has communicated that changes are coming, we have to remember that game development is a giant lumbering beast. Any course correction takes months to implement and even then, especially with Bungie's past of overcorrection, it can take an extremely long time to find the sweet spot.

Some have suggested that Destiny 2 be "completed" and Bungie try again with Destiny 3. Personally, I would rather they go the Call of Duty route and embrace a much larger install and bring back all of the DCV content in addition to importing everything from the original Destiny. I know it's a big ask and one we'll probably never see, but there's a wealth of content that players are starved for that is literally sitting and doing nothing.

Being a Destiny fan has never been easy. The original plan of a 10-year game with ongoing support and multiple expansions has been scrapped and overhauled more than Bungie has been bought out and gone independent just to be bought out again. It's a big, beautiful series with so much potential, which is why it's so painful to see it not live up to that full potential. That being said, it continues to be my favorite game and I'm buckled in for the long ride, even if seasons like Seraph don't live up to the hype.

For more Destiny 2 goodies, check out How to get the Revision Zero Exotic in Destiny 2 on Pro Game Guides.

It’s Season 19 of Destiny 2 and fans are angry, once again – Here’s why