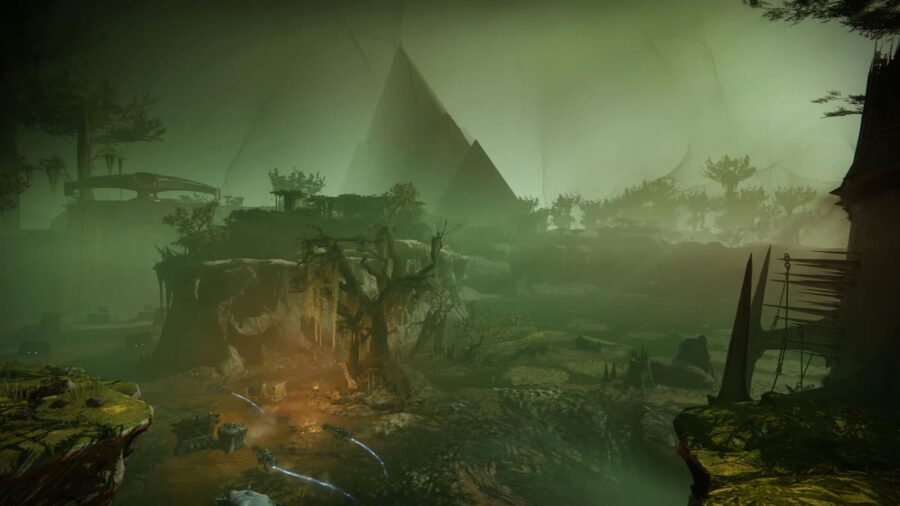 The world of Destiny 2 is filled to the brim with compelling and interesting characters. The Witch Queen expansion not only brought Savathûn into the spotlight, but also introduced a myriad of brand-new, never-before-seen characters. One character that is mentioned by both allies and Savathûn herself is someone known only as The Witness. Here is everything we know about the Witness so far.

Major The Witch Queen story spoilers are below!

When you complete The Witch Queen campaign, you'll be treated to a cutscene featuring a shadowy figure that is implied to be The Witness. From this, we can deduce that The Witness appears to be the commander of the Black Fleet. They are the big bad of the Destiny universe, the counterpart of The Traveler, Darkness itself.

The Witness has been deceiving Savathûn and manipulating her for the last few thousand years, using her for personal gain just as she had done to countless others. It is unclear at this time what their motivations are, but The Witness has attacked countless lifeforms throughout the universe in its quest for the Traveler. This is why Savathûn was eager to use the Light and prepare for The Witness' potential arrival.

The Witness will be an upcoming threat and enemy for our Guardians to battle against. It is unclear whether this confrontation will come in Destiny 2's next expansion or the one after, but we will definitely learn more throughout the year's seasonal story and beyond as we work our way closer to the finale of the Light versus Darkness saga.

For more on Destiny, check out All new Destiny 2 Exotics in The Witch Queen & how to get them right here on Pro Game Guides.

Who is The Witness in Destiny 2: The Witch Queen?