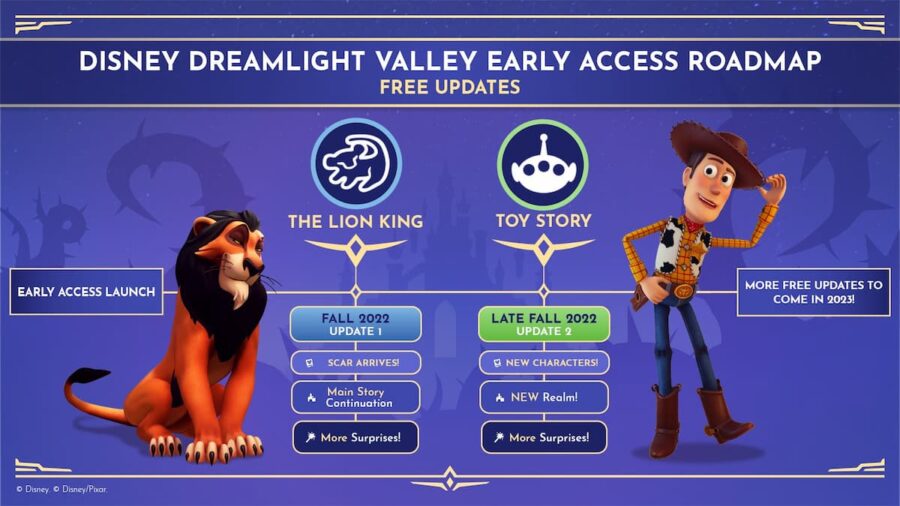 The Early Access portion of Disney Dreamlight Valley has already left fans craving fresh content. When can you anticipate new Disney characters arriving in the Valley or adding new realms? Read on and find out.

Is there an update schedule for Disney Dreamlight Valley?

At some point in Fall 2022, you can expect a new content update to include a Scar, a character from Disney's The Lion King. The roadmap does not mention a new realm for this update so that Scar may be unlockable via the main story, similar to Ursula or Mother Gothel. There will also be more main story quests added and "more surprises" to come.

In late Fall 2022, Toy Story will arrive. You can see it from this trailer on Nintendo's YouTube channel. The roadmap specifies that new characters, a new realm, and "more surprises" are in store.

When will Disney Dreamlight Valley update?

Since we have yet to receive a content update to Disney Dreamlight Valley, it's difficult to speculate exactly when these updates might be arriving. The first in-game event, Pixar Fest Star Path, ends on October 10, 2022, so the first content update may come around this time to update the game to the next event.

Does Disney Dreamlight Valley have an update schedule?